Two more racing disciplines have been revealed for Shift 2: Unleashed, with the Works and Retro career paths joining Drift, Muscle and FIA GT1.

The Works path features drifter Mad Mike Widdett in the Team Need for Speed Mazda RX-8 drift car, and you’ll be installing the top Works spec parts to get the most out of your car. If you win, you’ll get the keys to the Mazda, which can’t be bought in-game. And with 666hp at 13psi boost, the real world version which raced in the 2010 Formula Drift championship got a fair amount from the 20b engine.

Meanwhile the Retro path will put you up against Darren ‘DMAC’ McNamara in the Team Need for Speed Toyota Corolla GTS AE86. McNamara has been rated the number one drifting driver in Europe by ProDrift Europe and D1GP, along with becoming Rookie of the Year in Formula Drift in 2008. Throughout 2011 he’ll be showing off the DMac AE86 at selected European events, which is powered by a turbocharged 13B Wankel Rotary engine. 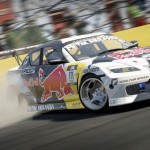 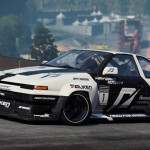 There's another option for you to choose when hauling loads across the USA, as … END_OF_DOCUMENT_TOKEN_TO_BE_REPLACED

In addition to details of the ESL R1 esports series, we've also seen Spa and … END_OF_DOCUMENT_TOKEN_TO_BE_REPLACED

The format, team and prizes have been confirmed with the ESL R1 Rennsport sim … END_OF_DOCUMENT_TOKEN_TO_BE_REPLACED