Only three weeks on from July’s fresh version, Mid-August brought an impressive batch of car updates to rFactor 2. Covering each class of cars in the GT category (GT1 through to GT4), each vehicle met with graphical, mechanical and physics-based modifications. Chevrolet’s Camaro, the Corvette C6.R and Nissan’s 370z and GT-R all featured in these revisions. 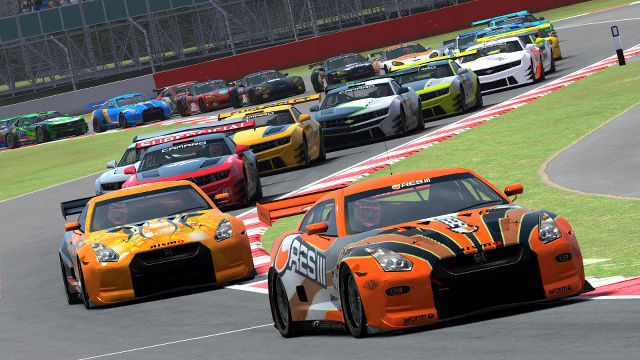 The details of the many changes are below.

*There are additional minor undocumented changes.

*As usual there are some small additional undocumented changes.

**Previous set-ups will likely be obsolete, but the car should no longer have major revisions in the future as data is more complete.

*There are additional small undocumented fixes not noted in logs.

Ahead of the May arrival of Indianapolis Motor Speedway and the Dallara DW12 Indy Car single-seater, ISI released a set of early work-in-progress images of its Howston-branded Cup car. Long neglected in the world of sims, the aim was to bring the exciting racing of this Stock class to the modern generation of simulator. 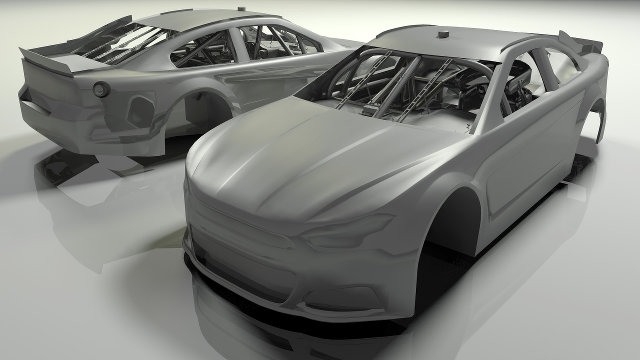 A few months down the line from those early snapshots, the week started with two additions to rFactor 2’s Screens page. The picture library now consists of two in-game pics of the Howston car – the first time that it has been shown textured and in-game.

Still in a period of sustained development, an rFactor 2 demo is available and the two purchase options continue. The ‘Standard’ package costs $43.99 (USD) and includes one year’s access to on-line services (namely multi-player and an update system). Further on-line access costs $12 per year after the first one-year period expires. An alternative ‘Lifetime’ option can be bought for $84.99 and as the name might suggest, there are no additional fees for on-line operation over the lifespan of rFactor 2.

To download the demo, read the terms and conditions or look at how the rFactor 2 system works, visit the rFactor.net Purchase page.

You can keep up with all the latest rFactor 2 updates and news, here. Or check out the full rFactor 2 car list, and the rFactor 2 track list. Along with downloading the demo version for free via Steam, or buying rFactor 2 for the PC. The GTE class cars for rFactor 2 can all be found on Steam, here.

There's another option for you to choose when hauling loads across the USA, as … END_OF_DOCUMENT_TOKEN_TO_BE_REPLACED

In addition to details of the ESL R1 esports series, we've also seen Spa and … END_OF_DOCUMENT_TOKEN_TO_BE_REPLACED

The format, team and prizes have been confirmed with the ESL R1 Rennsport sim … END_OF_DOCUMENT_TOKEN_TO_BE_REPLACED