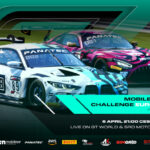 The Mobileye 2022 GT World Challenge Europe Esports Challenge starts tonight with 48 world class sim racers competing in a one-hour race at Misano on Assetto Corsa Competizione. The five-round series is the first of the three continental Sprint series running in 2022, and each round takes place on Wednesday evenings. Drivers to watch include reigning series champion James … END_OF_DOCUMENT_TOKEN_TO_BE_REPLACED 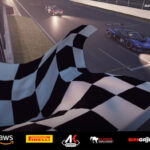 There were celebrations as James Baldwin wins the 2021 GTWC Europe Esports Sprint Series, adding to titles including the 2021 British GT Esports Championship. The British driver came into the round at Spa-Francorchamps just two points ahead of title rival David Tonizza. The final race of the season actually saw the first victory for GTWR R8G Academy driver Niklas Houben who … END_OF_DOCUMENT_TOKEN_TO_BE_REPLACED 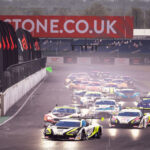 It's been a dominant season as James Baldwin wins the 2021 British GT3 Esports Championship at the penultimate round. The World's Fastest Gamer took his third victory of the season, finishing 22.5 seconds ahead of Team Rocket RJN team-mate Alex Buncombe in their McLaren 520S GT3s. Baldwin led throughout the race to claim the title, building on his previous wins at Snetterton … END_OF_DOCUMENT_TOKEN_TO_BE_REPLACED

Mobile racing fans will have a new location, karts and more to try out as the … END_OF_DOCUMENT_TOKEN_TO_BE_REPLACED