The future of the rally series is now mapped out as we've seen WRC 9 announced with WRC 10 and 11 confirmed for the future. And the ninth installment of the official World Rally Championship game will be due for release on the Xbox One, PS4 and PC on September 3rd, 2020. The game will also be coming to the Nintendo Switch, Xbox Series X and PlayStation 5 at a later … END_OF_DOCUMENT_TOKEN_TO_BE_REPLACED

The release date for the first official FIA World Rally Championship game in five years has been announced as October 8th, 2010, when WRC hits the stores for Playstation 3, XBox 360 and PC. The game has been developed by Milestone, and published by Black Bean Games - the same team behind the SBKX World Superbikes game. It features all the cars, drivers and co-drivers from the … END_OF_DOCUMENT_TOKEN_TO_BE_REPLACED

It's been a big holiday weekend of racing, hence why this round-up is coming on a Monday, following the first British Superbikes meeting of 2010 on the Brands Hatch Indy circuit. Tommy Hill took the first race win at the Kent circuit after following Japanese rider Ryuichi Kiyonari clear of the field and pouncing when Kyonari made a minor mistake after 22 laps. Several riders … END_OF_DOCUMENT_TOKEN_TO_BE_REPLACED 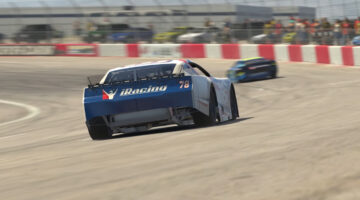 More crashing and smashing from developers Bugbear Entertainment, with a new … END_OF_DOCUMENT_TOKEN_TO_BE_REPLACED