Greetings all you lovers of motorsports, I bring you coverage of the, “26th Annual Midwest Mopars in the Park National Car Show & Swap Meet” from Farmington Minnesota. This is the largest car show dedicated to MOPARs in the Midwest, with nearly 2,000 Chrysler/Plymouth/Dodge/AMC cars on display!

Such MOPAR racing notables as, “Akron” Arlen Vanke, “Miss Mighty Mopar” Judy Lilly, and the, “Hawaiian” Roland Leong were on hand with replica’s of their legendary race cars for handshakes and autographs. An actual Sox & Martin Championship winning 1968 Hemi Super Stock Barracuda was present as well.

It was a bit of a soggy weekend two weekends ago, but well worth the drive in a black 2009 Dodge Challenger SRT/8. Enjoy the pics of what many believe to be the pinnacle of American Muscle Cars in all their glory. 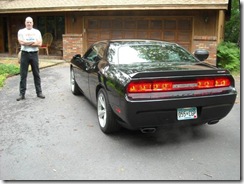 Cuda500’s Dodge Challenger SRT/8, and our ride to the show. 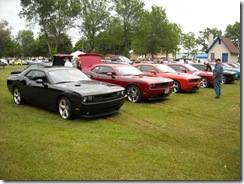 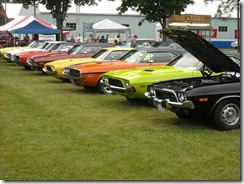 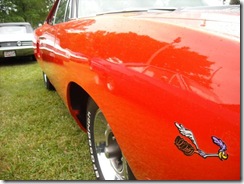 The infamous 1966 Chrylser Imperial, “Black Beauty” from the popular hit 1960’s TV series, “The Green Hornet” in which Bruce Lee was the chauffer. This is only 1 of 2 known to exist and appears to have more than just a Hemi.

There's another option for you to choose when hauling loads across the USA, as … END_OF_DOCUMENT_TOKEN_TO_BE_REPLACED

In addition to details of the ESL R1 esports series, we've also seen Spa and … END_OF_DOCUMENT_TOKEN_TO_BE_REPLACED

The format, team and prizes have been confirmed with the ESL R1 Rennsport sim … END_OF_DOCUMENT_TOKEN_TO_BE_REPLACED