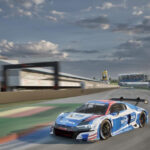 With the first Closed Beta starting after around 10,000 people signed up to the waiting list, Rennsport announce Audi as a third official manufacturer for the new sim racing title. So far, the confirmed cars for the game all originate from Germany, with the Porsche 911 GT3 and Mission R, alongside the BMW M4 GT3 for their existing partners. But there's now another car … END_OF_DOCUMENT_TOKEN_TO_BE_REPLACED 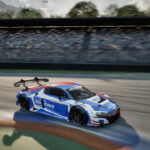 The brand new sim title has a limited number of motorsport venues during the Beta development phase before release, so check out what's available so far in our complete Rennsport track list. As with the car roster, the approach has been to focus on a core number of assets, rather than try to develop a huge list of circuits alongside developing the physics and mechanics of … END_OF_DOCUMENT_TOKEN_TO_BE_REPLACED 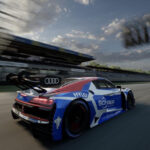 There's a lot of excitement about the new sim racing title, so find out what you can drive through the Alpha and Beta development process in our complete Rennsport car list. It's a fairly short roster as Rennsport enters into closed and open Beta phases. But with three manufacturers confirmed as official partners so far, you can probably expect more vehicles from Audi, BMW, … END_OF_DOCUMENT_TOKEN_TO_BE_REPLACED

Mobile racing fans will have a new location, karts and more to try out as the … END_OF_DOCUMENT_TOKEN_TO_BE_REPLACED