Justifying a review two years after release and earning a high score shows how well Codemasters’ Race Driver: GRID has stood the test of time. Not only does it still have enough loyal followers to make it easy to find online games (On the Xbox version used for review, anyway), but with Race Driver: GRID Reloaded available for around £15 (Which includes the 8-Ball Pack DLC), it’s still good value for money.

Race Days give you a quick race option, but the main interest is in the Grid World career mode and in multiplayer.

Grid World follows the career of your personalised racer over several seasons as you try to rise up both the driver and team rankings. You’re able to gain experience and cash by racing in a selection of events which are separated into American, European and Japanese leagues, with different selections of tracks and disciplines – as you’d expect, Drift Racing occurs in the Far East, for example. And once every season, the Le Mans 24 Hours race comes around for you to compete in.

You’re able to accept ‘Driver Offers’ from the start, allowing you to drive for established teams for a cash bonus – but the real focus is in your personal team, including hiring a second driver as you progress through the game. Most of the closed and open-wheel events will require you to buy a car, which can be purchased new or via an in-game mock-up of Ebay (which is entirely scripted in-game information and sales).

Once you’ve got the wheels, you (and your team-mate) will race in the specific series, earning cash and reputation points – good results will see you able to pick team sponsors from an increasing pool of interested companies, with each offering rewards for specific objectives (Finishing the race, finishing 1st or getting no damage, for example).

Personalisation includes setting the team livery, and entering your name, which means you get an audio greeting whenever you arrive in your garage for a new game, for example.

You’ll get in-game audio prompts from your business manager, team chief, and your team-mate – either congratulating you, or warning you of a crash in the race, for example. Unfortunately the in-race prompts are normally just after you’ve gone past the spinning wreckage in question.

Multi-player is a simple lobby-based affair offering quick or custom searches, or the chance to host your own race, picking from the range of disciplines and tracks, and then choosing whether to include damage and collisions. It works pretty well, and you can generally find games pretty quickly.

Loading screens are filled with reminders of the myriad achievements ranging from reaching certain levels, performing certain tricks such as winning by reversing over the line, or driving certain amounts in-game. They’re handed out at a reasonable pace to encourage you to keep racing, and the four difficulty levels and assists are pretty reasonably spaced out to let you set the right level of challenge.

While it might have the least-annoying career mode on consoles, the real heart of any racing game is when you’re on the grid. And the racing action is pretty good. It’s fast and frenetic in most events, with the handling on the ‘twitchy arcade’ side of things, but once you get used to it and tweak it a little, you’re still capable of pretty smooth laps.

The braking is pretty harsh by default, but you learn to dab the brakes lightly and keep on the gas within the first couple of races. The cars do slide in a reasonably controllable manner, and the track selection is pretty good, with culprits including Spa to give a nice challenge.

The AI drivers are pretty reasonable, although they do tend to stick to the racing line, even when your slower team-mate is holding you up – no team orders, here! And AI drivers are just as susceptible to spinning out and crashing during races, which makes climbing through the pack in a 2 or 3 lap race more possible – the only really glaring oddity is the fact they’ll come to a dead stop to allow you back on the track after a crash, which is a little confusing at first.

For a game which was being developed in 2007, the graphics have held up well. Cinematics and menus etc are reasonably nice, even today, with some style and elegance. In-game, the graphics are more basic than newer releases ( e.g. Forza Motorsport 3), but importantly they handle the speed and up to around 20 cars without any problems, which is more important than having the prettiest background.

The cars themselves are nicely modelled, and you have the choice of internal or external views. And you get a variety of daylight to play in – the 24 race goes through the entire dawn-dusk-dawn sequence in about 20 minutes on the default setting, meaning that you have the challenge of driving at 200mph with only your headlights and your memory to help guide you.

The audio tracks are OK – the voice samples can get a bit repetitive after a few seasons, and the biggest culprit is generally your team-mate, who feels the need to announce the fact he’s behind or in front of you in whichever regional accent is appropriate. The problem is that despite the audio clip, there’s no effect on his actual driving, and after the 3rd or 4th ‘Hello, I’m right behind you’, you can find yourself brake-checking him and wishing he’d sod off for a while.

It might seem strange to award such a high 4/5 for a game which has been out so long, but in the context of a £15 purchase, it’s entirely logical. And going back to the time of release, there weren’t many other racing games which worked so well.

The race disciplines are varied enough that you can go through several seasons without much repetition, save for the Le Mans event (which is skipable), and in addition to circuit racing, the drift and demolition derby events add some interest.

If you’re a console-owner looking for circuit-racing beyond the flagship car game for Xbox or PS3, then it’s easy to recommend splashing out £15. And with the news that Codemasters are currently developing the sequel, it’s worth getting some practice in now!

Buy from Play.com (Including an exclusive special pack with ‘making of’ DVD and hardback artbook. 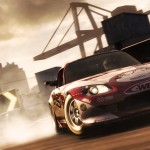 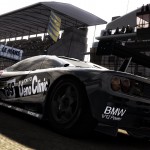 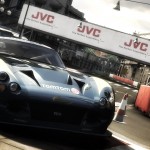 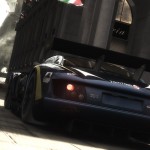 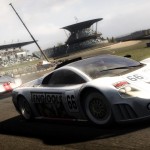 The sim racing modding scene continues to evolve, as Enduracers release their … END_OF_DOCUMENT_TOKEN_TO_BE_REPLACED

Like most sim racing titles, there's a wide range of virtual motorsport … END_OF_DOCUMENT_TOKEN_TO_BE_REPLACED