With just three days to go before the first race of the IFCA ALMS Series Season 3, I’m suddenly incredibly sympathetic to any racing team which misses testing. Signing up five days before the first event isn’t ideal, and the fact I also run my own business and have a family to look after has meant that I’ve been struggling with practice time.

Having signed up at the start of the week, the first task was to sort out a car livery which meets the rules and regulations for the series, including the official numberboard and GT badges, which are required to be in certain places on the car. Beyond that, all I’ve really done is add some ORD logos, and a couple of manufacturer decals to make some attempt to look like a race car. But given the short space of time available and the fact I’m not an artist, I’m definitely going for function over form! 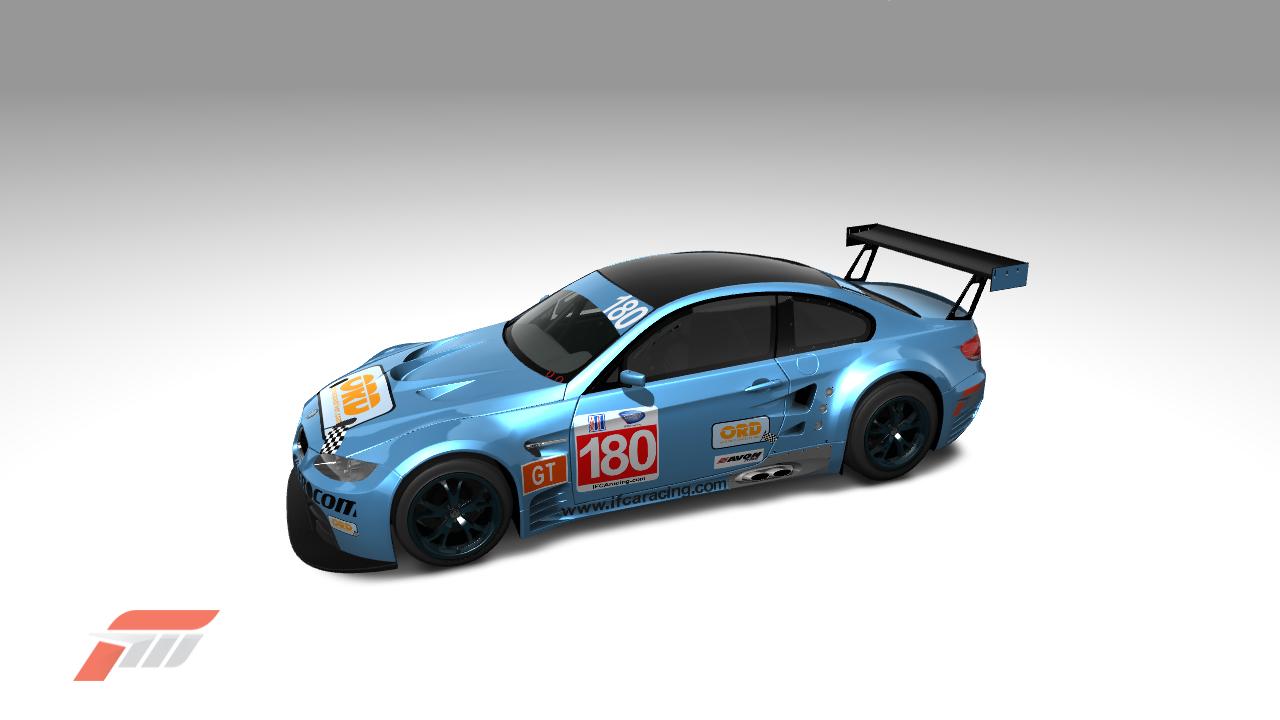 The Team ORD entry into the IFCA ALMS Series, Season 3

The good news is that the BMW is a pretty good car, even with the base level settings (The only upgrades allowed are race brakes and a race differential – GT class also allows full tuning). The first evening of practice was reasonably consistent, although a fair way off the pace, as I reacclimatised to the fairly specific challenges of the Sebring circuit. The full circuit is notable for a few different sections, including the slightly tricky left/right/left combination following the start/finish straight, which is a challenge for a tail-happy BMW, a tight hairpin, and the long straight onto some bumpy concrete to finish the lap.

Tuesday practice had to be cancelled due to real world commitments, so the next chance to get on track was Wednesday, which I planned to use to start tuning in earnet. Unfortunately, for some reason my early laps were absolutely shocking, which put paid to that. The good news is that I managed to knock off about 6.5 seconds between my first and last practice lap, and the biggest gains are always from your initial attempts to learn the course. The bad news is that I’m still a fair way off the pace, and there’s only two more evenings for me to make up that gap before race day.

The Team ORD entry in action, preparing for the IFCA ALMS Series, Season 3

Fortunately there’s no qualifying requirement for the ALMS series, but looking at the best race laps for the class from the previous season, I think it’s safe to say that although I’d meet a 10% cut-off point, it’d be at the back of the grid at the moment. Then again, the 2010 Formula One season saw new teams like Team Lotus and Virgin Racing struggle initially, and there’s some inspiration in the shape of Drayson Racing, the British team led by founder and racer Lord Drayson, whose entry into the real ALMS series was the subject of a great TV documentary series.

So ORD Racing is go, with one badly out of practice driver, one car which still needs tuning, on a track I don’t particularly enjoy, in a very tough series packed with very good drivers. But it should still be a good learning experience, and I can only get quicker. Back to practicing!

The first World Superbikes game in 10 years will be released on September 15th, … END_OF_DOCUMENT_TOKEN_TO_BE_REPLACED

Whether you love or hate alternative fuel cars, they're a growing part of … END_OF_DOCUMENT_TOKEN_TO_BE_REPLACED