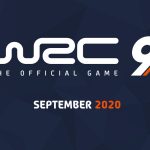 The future of the rally series is now mapped out as we've seen WRC 9 announced with WRC 10 and 11 confirmed for the future. And the ninth installment of the official World Rally Championship game will be due for release on the Xbox One, PS4 and PC on September 3rd, 2020. The game will also be coming to the Nintendo Switch, Xbox Series X and PlayStation 5 at a later … END_OF_DOCUMENT_TOKEN_TO_BE_REPLACED

You wait a while for illegal street racing simulations, and then several come … END_OF_DOCUMENT_TOKEN_TO_BE_REPLACED

Electro Ride: The Neon Racing is set to be released on the Nintendo Switch via … END_OF_DOCUMENT_TOKEN_TO_BE_REPLACED