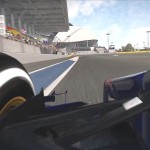 The F1 2014 release countdown continues and Codemasters has released a fourth 'Hot Lap' video this afternoon. Introducing Sochi The venue for the Russian Grand Prix, Sochi Autodrom, makes a founding appearance here ahead of its October début. Within the 'modern' post-war era of grand prix racing and Formula One, it will be the first time that a race has been held in … END_OF_DOCUMENT_TOKEN_TO_BE_REPLACED

It's not entirely unexpected, but it's nice to see official news of Art of Rally … END_OF_DOCUMENT_TOKEN_TO_BE_REPLACED