The F1 2014 release countdown continues and Codemasters has released a fourth ‘Hot Lap’ video this afternoon. 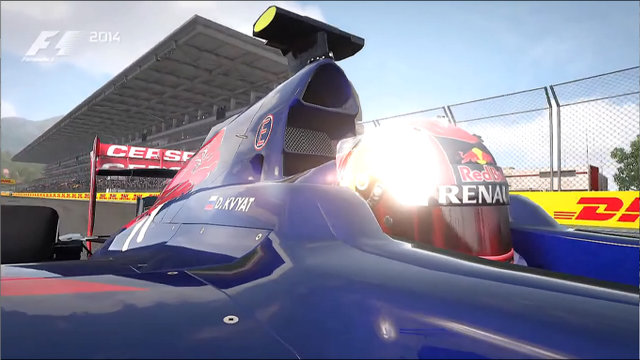 The venue for the Russian Grand Prix, Sochi Autodrom, makes a founding appearance here ahead of its October début. Within the ‘modern’ post-war era of grand prix racing and Formula One, it will be the first time that a race has been held in what is now known as the Russian Federation.

Fittingly, Daniil Kvyat, a former Red Bull Junior and current Scuderia Toro Rosso driver, is the co-subject of this Sochi video. As expected of the 2014 Winter Olympics host location, the Tilke-designed circuit reflects the modern style of other tracks built during the last decade – likewise framed within the confines of existing architecture. In this instance, that is the buildings of Sochi Olympic Park. 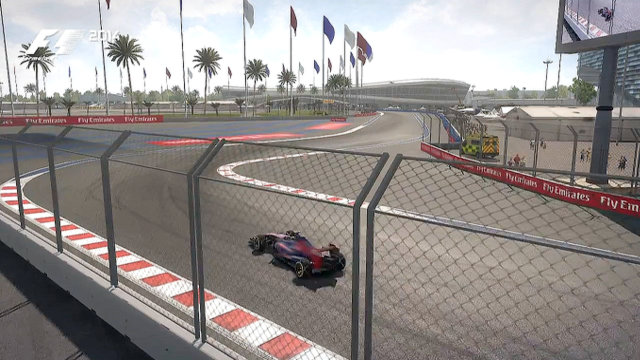 Love it, loathe it

Thanks to a game camera that changes on every bend and even between a few, it’s impossible to get a good feel for the flow of the tarmac with this video. However, certain traits do emerge for anyone with even a passing familiarity of such places as Yas Marina and the street course at Valencia. After one-minute and forty seconds of mostly external footage, it seems that Internet Racer opinions have already been made!

In addition to details of the ESL R1 esports series, we've also seen Spa and … END_OF_DOCUMENT_TOKEN_TO_BE_REPLACED

The format, team and prizes have been confirmed with the ESL R1 Rennsport sim … END_OF_DOCUMENT_TOKEN_TO_BE_REPLACED

There's a brand new Motorspass with 50 tiers of rewards, a country-wide illegal … END_OF_DOCUMENT_TOKEN_TO_BE_REPLACED