Greetings ORD fans around the world! Time for a little show and tell at this years BIR Lucas Oil Full Throttle NHRA Nationals in Brainerd Minnesota two weeks ago!

This is the motorsports event of the year in the great north woods, and one I always attend with my trusty and knowledgeable sidekick “Cuda500” (a.k.a. Warren). Rather than give you a boring list of names of winners and losers from a sport that I realize many of you have no knowledge of, I’ll just caption the following pictures for you. 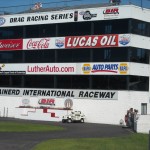 The BIR Tower where we normally sit during the pro rounds, just above the “o” in the word international. 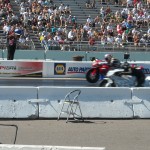 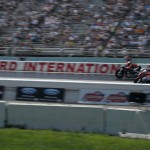 Andrew Hines doing what he does best.

A lucky fan gets her chance to sit in a Pro Stock Car. Or are we the lucky ones? Hmmm.

Some people are just never happy. 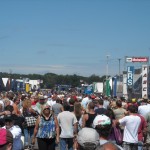 The Pits! Notice the ear plugging and watery eyes? That’s thanks to Top Fuel and Funny Car test starting, and nitro methane. hehe! Nothing like a shot of nitros in the mornin!

The most supported best of everything teams of Al-Anabi Racing. Money is no object for the Sheik.

Girls rule in pro Stock Bike, unless Andrew Hines shows up on his Screaming Eagle Harley as he did in this event. Hines won with a 6.941 @ 191.00mph

Well, I hope I wasn’t too brief and that you all enjoyed the pictures. I can’t show you what happened each every night after the races, but drinking adult beverages was high on the list.

There's another option for you to choose when hauling loads across the USA, as … END_OF_DOCUMENT_TOKEN_TO_BE_REPLACED

In addition to details of the ESL R1 esports series, we've also seen Spa and … END_OF_DOCUMENT_TOKEN_TO_BE_REPLACED

The format, team and prizes have been confirmed with the ESL R1 Rennsport sim … END_OF_DOCUMENT_TOKEN_TO_BE_REPLACED