The Gran Turismo 6 15th Anniversary PS3 Starter Pack was released during a Sony Japan press conference, and will have ‘limited availability’, making it interesting to both collectors and anyone who hasn’t invested in a Playstation 3 yet for some reason. 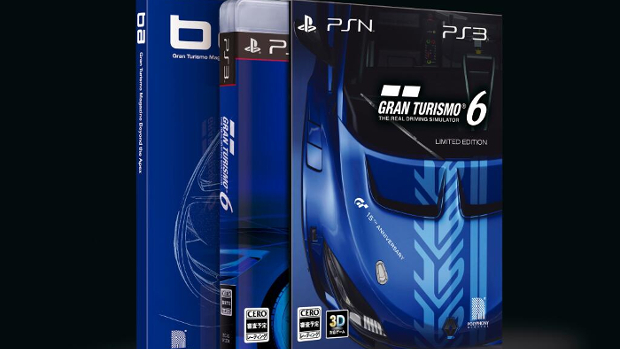 In addition, a new Gran Turismo 6 trailer was unveiled, and putting the cars etc featured to one side for a moment, all I can think is – ‘Look, it’s Brands Hatch, and seeing as it isn’t among the Forza Motorsport 5 confirmed tracks, maybe I should pick up a limited edition PS3 at last, rather than leaving Playstation content to other contributors’.

So maybe the Gran Turismo Anniversary pack does make sense.

In addition to details of the ESL R1 esports series, we've also seen Spa and … END_OF_DOCUMENT_TOKEN_TO_BE_REPLACED

The format, team and prizes have been confirmed with the ESL R1 Rennsport sim … END_OF_DOCUMENT_TOKEN_TO_BE_REPLACED

There's a brand new Motorspass with 50 tiers of rewards, a country-wide illegal … END_OF_DOCUMENT_TOKEN_TO_BE_REPLACED