With the news published on its Facebook page, Milestone has now released another patch to its official MotoGP game of this year.

Taking MotoGP 13 to v1.2, the latest revision is ready for players of all hardware formats – Xbox 360, PS3, PC and Sony’s PlayStation Vita! Steam versions will update on signing in and a patch file is available on various sites for retail and other ‘digital’ editions for anyone that wants to risk encountering the problems being reported with this upgrade. 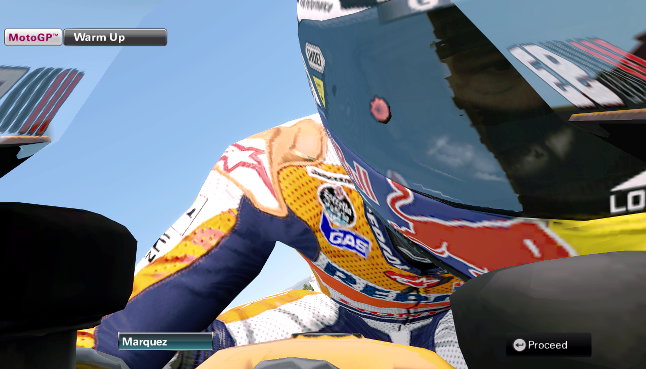 Here’s how Milestone set out the changes:

First-day player reports across a collection of forums are definitely mixed with this update. Early feedback switches between the game now running well and other descriptions that refer to stuttering and even lowered frame rates – fine with v1.1, not so with v1.2… for some. A significant in-game consequence of the update is that lap times have been reset – a certain source of wrath right there!

A potential interim solution for the frame rates ahead of another patch might be to try running MotoGP 13 in Windowed mode. This has worked for some GP players and has been described as ‘perfect’ (i.e. no micro-stuttering, no screen-tearing and a smooth frame rate).

Let’s close news of the update with links for the non-Steam PC versions.

In addition to details of the ESL R1 esports series, we've also seen Spa and … END_OF_DOCUMENT_TOKEN_TO_BE_REPLACED

The format, team and prizes have been confirmed with the ESL R1 Rennsport sim … END_OF_DOCUMENT_TOKEN_TO_BE_REPLACED

There's a brand new Motorspass with 50 tiers of rewards, a country-wide illegal … END_OF_DOCUMENT_TOKEN_TO_BE_REPLACED