Leading up to the release of F1 2014, we have added to our recent videos for Codemasters’ F1 series today with a direct side-by-side comparison. As you’ll see below, the venue is São Paulo’s Autódromo José Carlos Pace – more colloquially known as the Interlagos Circuit! 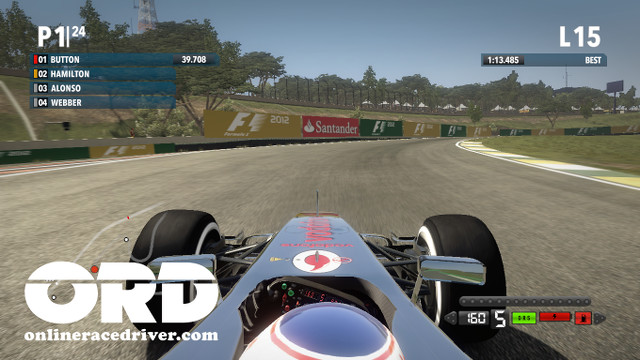 As noted in the video description, though still low when compared to F1 2012, the sound level of F1 2013 has been raised as much as possible without adding clicks and pops.

The PC edition of F1 2013 and its DLC carries a 75 percent discount through Steam until late afternoon UK time. Unlike its imminent successor, it features the underutilised but fun Classic content even in the Standard Edition. The ‘Classic’ driver line-up may not entirely reflect the seasons that the cars are taken from but it’s always a pleasure to return to circuits like Brands Hatch and Jerez – and blimey, those older cars don’t half take some getting used to!

More Formula One will arrive with F1 2014 in October for PC, PlayStation 3 and Xbox 360. For those of you that like physical discs, the new game can be pre-ordered today.

There's another option for you to choose when hauling loads across the USA, as … END_OF_DOCUMENT_TOKEN_TO_BE_REPLACED

In addition to details of the ESL R1 esports series, we've also seen Spa and … END_OF_DOCUMENT_TOKEN_TO_BE_REPLACED

The format, team and prizes have been confirmed with the ESL R1 Rennsport sim … END_OF_DOCUMENT_TOKEN_TO_BE_REPLACED