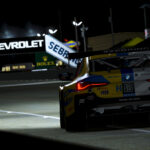 The second race of the championship has seen BS+Competition take a VCO 24H Series Sebring win as the duo of Rainer Talvar and Ryan Barneveld won the GT3 class and took overall victory. Running on iRacing, the 2021 VCO 24H Series Esports series begain in October with six hours at the Hockenheimring with a GT3 win for Alejandro Sanchez and Salva Talens, before the drivers … END_OF_DOCUMENT_TOKEN_TO_BE_REPLACED

If you fancy playing car football in a classic American muscle car, or a new … END_OF_DOCUMENT_TOKEN_TO_BE_REPLACED