Motocross for a new generation… 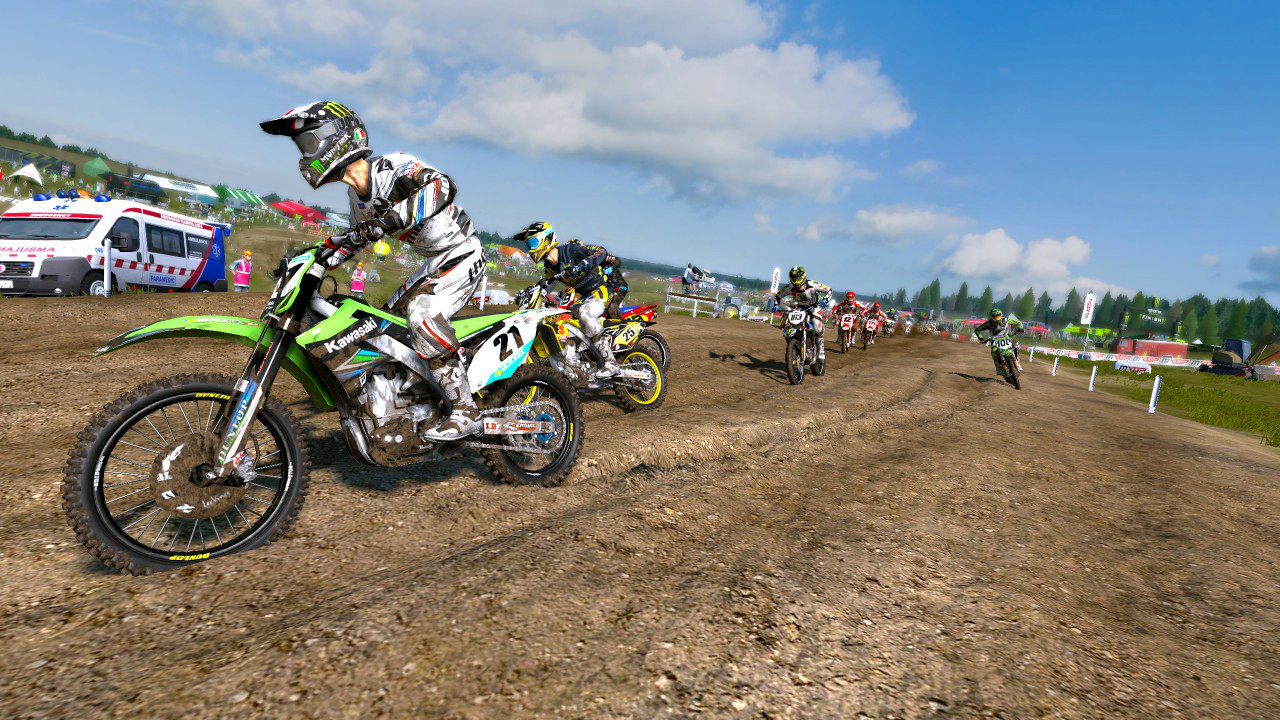 A field of riders draws out in MXGP (PC version).

A press release issued by the Italian racing game specialist has loosely set out the release as being some time this Autumn. The announcement further outlined some of the improvements and additional content that will come with the step up from PlayStation 3 to the newer PlayStation 4 console.

My kingdom for a course…

Given a full complement of 18 tracks, MXGP for PS4 rather handsomely expands on the 14 of the earlier PS3 edition.

This revised MXGP will add the following venues:

You’ve got the look…

Thanks also to the design of the DualShock 4, MXGP for the PS4 will make use of the controller’s built-in LED functions. It will use the colour variation of the lighting to reflect the RPM of the player bike’s engine.

In line with the original multi-format release, this MXGP ‘refresh’ will be based on the 2013 racing calendar and will once more feature official FIM Motocross World Championship rules and the teams, bikes and riders from that season.

Warmly received at the time of its original release, it will be interesting to see how MXGP ultimately fares on relatively new console hardware. Now the first teaser is out, we’re keen to see the full unveiling of its new features and look forward to making a comparison with the already attractive and especially smooth-running PC version.

In addition to the news of expanded detail and features, Milestone also added that this new edition of MXGP will see a world-wide release. Given that earlier arrivals have been a particular source of frustration for players outside Europe, this is at least as important an announcement as that of the PS4 version’s existence. We’re also long-time followers of Milestone’s presence in the racing field and we’re happy to see the Milano-based company finally get the chance to have a full-scale roll-out in the modern era.

In addition to details of the ESL R1 esports series, we've also seen Spa and … END_OF_DOCUMENT_TOKEN_TO_BE_REPLACED

The format, team and prizes have been confirmed with the ESL R1 Rennsport sim … END_OF_DOCUMENT_TOKEN_TO_BE_REPLACED

There's a brand new Motorspass with 50 tiers of rewards, a country-wide illegal … END_OF_DOCUMENT_TOKEN_TO_BE_REPLACED