F1 2014’s October 17th release date is exactly 8 weeks forth from today. With that in mind, Codemasters has moved from words to video lately as it tries to build on player anticipation through a demonstration of the sights and sounds of this unusual Formula One season. 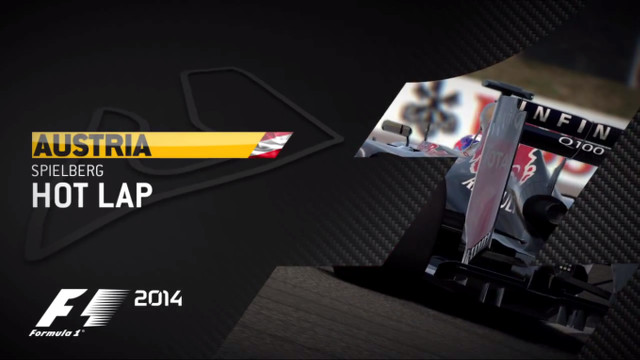 Heading into the twelfth round of this year’s Formula One championship at Spa-Francorchamps, the F1 2014 footage includes a hot lap of the newly returned Spielberg, Austria circuit, Red Bull Ring, with Daniel Ricciardo’s Infiniti Red Bull RB10. Through slow-motion segments and regular jump-cuts, the video exemplifies the very definition of ‘teaser’! Nonetheless, there are on-car shots and some of what is to come to the PC, PS3 and 360 in October can be seen (and heard!).

Unfortunately torn between dedicated fans, other gamers that simply MUST have their say and the contrasting ‘Arcade’ or ‘Sim’ preferences of players, Codemasters has a particularly steep challenge this year. Sure, it’s something that I have thought every year since the F1 2011 sequel – though 2014 does raise the stakes with all of the car changes! Seeking to adopt the 2014 technical rules – those divisive V6 turbo-driven audio and visual oddities included – the production and marketing teams now also find themselves trying to bridge the divide between the PC and an outgoing console generation with the younger, more powerful console replacements that are the Xbox One and PlayStation 4. All while making F1 accessible to a wider audience!

Unlike F1 2009 (Wii, PSP) that landed in Winter or the traditional Autumn releases for this series since F1 2010, we are told that F1 2015 will arrive “earlier” in the Formula One season. Aimed at the PC, PlayStation 4 and Xbox One, it will be more dynamic in nature as it receives content updates that will apparently keep it more in line with real-world events. Hmm, will Codemasters include between-session driver changes…?!

A game release more closely aligned with the season start has been one of the most persistent requests since the series’ early days, so it’s a little sad that the message has been somewhat hidden recently. Especially for gamers that follow Formula One and take part in racing leagues, there’ll be a lot of good spirit in competitors as well as towards Codemasters if the real-world season can be tightly held to for on-line events.

Beyond that balancing act relating to differing needs and expectations of what an F1 game should be, talk of F1 2015 and its ‘early’ release of course also clouds the views of F1 2014’s arrival.

On the one hand, F1’s appearance on modern consoles needed to be addressed. On the other… well, it has stoked accusations of F1 2014 being last year’s release with slight modifications for this season. Long before a wheel has turned!

Whatever the reality, that’s basically ‘no change there’ from part of the community then! Clearly, the alternative would have been to create no F1 game this year  – a concept that would have been unimaginable for evergreen fans. It would also conceivably have been in breach of the company’s multi-year agreements as a producer of ‘official’ Formula One games, not to forget that it would have left Codemasters with a gaping hole in its racing portfolio.

The choice of formats is a tough call at the moment and one that other companies either have been or are struggling with. For those that have dropped the aged Ps3 and 360, others continue to serve the established market too (see: Forza Horizon 2 and The Crew). With this Autumn-Winter period looking like it will finally bring racing life to the latest consoles, it will be interesting to see which way the scales tip. Will the PC see renewed growth? Will people migrate from the old hardware or will continuing high-profile titles such as these keep life in the old boxes yet?

F1 2014 orders are available now and though there’s not a lot between them for prices, we’ve gathered a few of the better-known ones:

F1 2014 will also arrive on Steam, though pricing is not yet given.

In addition to details of the ESL R1 esports series, we've also seen Spa and … END_OF_DOCUMENT_TOKEN_TO_BE_REPLACED

The format, team and prizes have been confirmed with the ESL R1 Rennsport sim … END_OF_DOCUMENT_TOKEN_TO_BE_REPLACED

There's a brand new Motorspass with 50 tiers of rewards, a country-wide illegal … END_OF_DOCUMENT_TOKEN_TO_BE_REPLACED