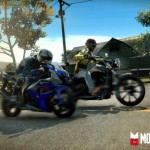 Motorcycle Club is an intriguing arcade motorcycle racer which has just been released for the Sony PlayStation 3 and 4. Originally scheduled to appear in November 2014 with the Xbox 360 and PC version, the game features 22 officially licensed bikes, and lets you swap between them during each race. So you can collect 9 superbikes, 10 roadsters and 3 custom bikes from … END_OF_DOCUMENT_TOKEN_TO_BE_REPLACED

The sim racing modding scene continues to evolve, as Enduracers release their … END_OF_DOCUMENT_TOKEN_TO_BE_REPLACED

Like most sim racing titles, there's a wide range of virtual motorsport … END_OF_DOCUMENT_TOKEN_TO_BE_REPLACED