Having included the latest announcement of last month’s GP Bikes update, it would be remiss of us not to better highlight its car-featuring stable-mate, World Racing Series. Included as part of GP Bikes’ dual license and also in the development stage, WRS currently sits at Beta 3 – an update released immediately ahead of the one for GP Bikes. 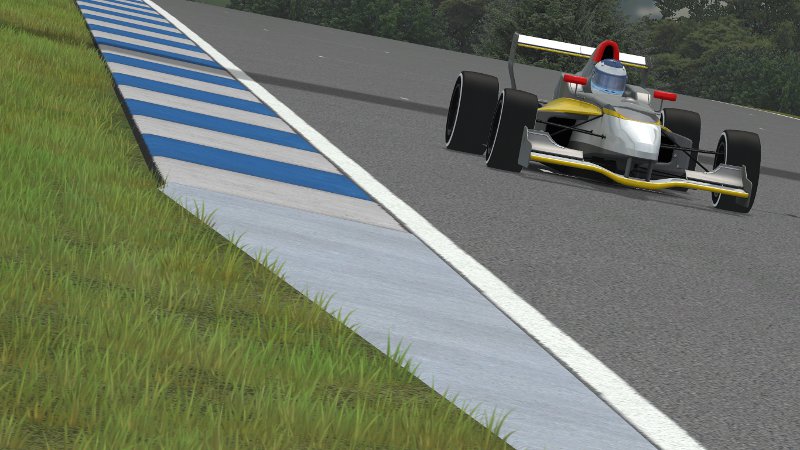 In the same fashion as its two-wheeled sibling, World Racing Series exists in a restricted demo form that will unlock to its full-featured state once the sim is licensed. With payment accepted via PayPal, the World Racing Series and GP Bikes two-license cost is €20 (20 Euros). The software key will be sent to the address registered to the PayPal account and should take no more than a few minutes to arrive.

As with the other sims in PiBoSo’s portfolio, World Racing Series features an open system that allows the separately downloaded painting and track utilities to be used in creating more content. Driver and car templates are also available on the WRS Downloads page.

World Racing Series Beta 3 comes as an unusually compact 231MB file and once again has a list of modest hardware demands. PiBoSo lists the minimum specifications requirements as follows:

The usual recommendation is made that users ensure their system’s graphics card drivers are updated to the latest official version.

Most control types are supported

Most control types should be supported and though a feedback wheel would be the ideal first choice wherever possible, WRS has been made with keyboard, joystick and even pads also in mind. Indeed, as an alternative to a later trial run with a wheel, we found that the Xbox 360 controller worked well (albeit still in need of further attention to get the vibration feedback to work).

To first correct misconceptions ORD has noted in comments left elsewhere, like GP Bikes, World Racing series isn’t based on other software. It is independently created from scratch, rather than being a modification of another body of work.

PiBoSo describes World Racing Series as having an “automotive industry-standard tyre model”. The features list includes a description of a dynamic track surface that includes a developing ‘groove’, wet and drying track simulation and the generation of marbles over the surface. Looking at the tyres again, the model includes the grip-affecting adhesion to the tyres of marbles, grass and dirt (which looks good too, incidentally).

User-selectable driver gestures is an interesting and novel option! Can we foresee shades of one David Coulthard versus Michael Schumacher tête-à-tête at Magny Cours in 2000, perhaps…?!

In addition to details of the ESL R1 esports series, we've also seen Spa and … END_OF_DOCUMENT_TOKEN_TO_BE_REPLACED

The format, team and prizes have been confirmed with the ESL R1 Rennsport sim … END_OF_DOCUMENT_TOKEN_TO_BE_REPLACED

There's a brand new Motorspass with 50 tiers of rewards, a country-wide illegal … END_OF_DOCUMENT_TOKEN_TO_BE_REPLACED