Soon after Version 1.20 of Game Stock Car Extreme arrived, news reached us that an update could follow within a matter of days. Sure enough, the staff of Reiza Studios have been working on the problems found and have released an interim Version 1.21 patch ahead of a further already-announced upgrade.

Evident in the summary below, some clear-to-see problems have received early attention from the dev team. Investigations are ongoing for other issues and we’ll cover those as soon as workarounds or updates are confirmed. 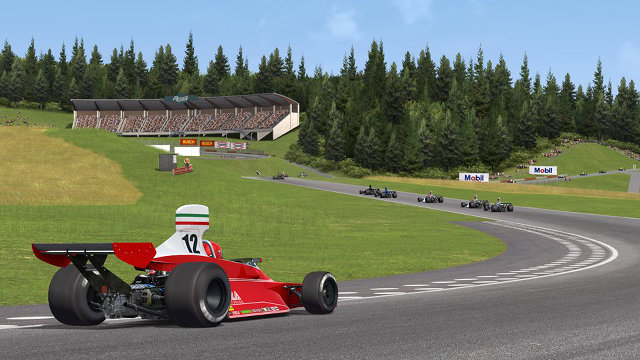 If your GSCE installation has already been updated to Version 1.20, the 7.10GB download can be avoided by using GSC Sync to patch the game up to the latest version. The build notes do say that this also applies to bringing Version 1.15 up to the current edition. It should simply be a matter of running GSC Sync from the main Game Stock Car Extreme folder.

Should you need or prefer to take a less automated option, a Version 1.21 update package is available too. The 2.3GB upgrade bundle can be downloaded as a .rar file from one of the links included below. After downloading, simply use a decompression program (WinRAR, WinZip, 7-Zip) to extract the files to the Game Stock Car Extreme folder. When asked, allow the program to overwrite files and GSC Extreme will be upgraded.

To see the larger set of changes that arrived with Version 1.20, look at our ‘Out Now’ page announcing its release.

For anyone that missed the late update to the Version 1.20 news, Game Stock Car Extreme can now be purchased alongside Formula Truck 2013 at a 20 percent discount on the usual ‘bought separately’ price. The collection takes the price down to a little over £25 (GBP) and approximately €32 (EUR) or $40 (USD).

In addition to details of the ESL R1 esports series, we've also seen Spa and … END_OF_DOCUMENT_TOKEN_TO_BE_REPLACED

The format, team and prizes have been confirmed with the ESL R1 Rennsport sim … END_OF_DOCUMENT_TOKEN_TO_BE_REPLACED

There's a brand new Motorspass with 50 tiers of rewards, a country-wide illegal … END_OF_DOCUMENT_TOKEN_TO_BE_REPLACED