The free upgrade not only addresses some problems in earlier releases but revises certain racing rules, expands the racing field, improves the visuals and even adds new content. 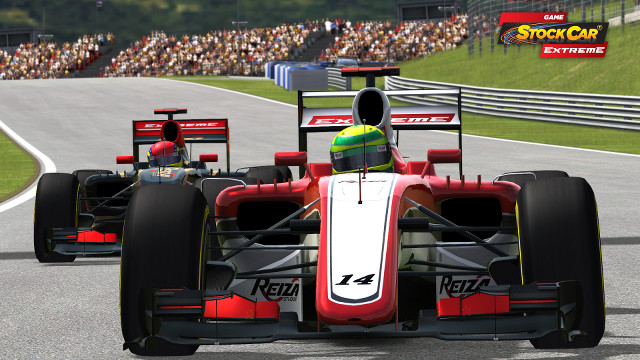 A bonus on top of the satisfying physics foundations, we already consider the visual side of Reiza’s sims to be impressive. Though that fact stands alone, it’s especially true given the restrictions of the code that the software is built upon. Even a casual look at the cabs in Formula Truck 2013 will find impressive modelling detail and a sheen that hasn’t been seen in a company’s products from a software framework of such vintage. Game Stock Car Extreme V1.20 has made further advances. It now goes far beyond Reiza Studios’ previous heights to develop environmental effects, add cloud formations and full day-through-night lighting conditions. We foresee plenty of time-lapse videos popping up here and there!

Looking at the additions that have arrived with the upgrade to Version 1.20 of GSCE, multiple car classes have been added and graphics have been revised. Building upon the already substantial track catalogue, Version 1.20 adds two new venues with seven layouts in all.

Besides noting the expanded racing options with the new cars, it is worth bringing particular attention to the open-wheel Formula vehicles. Formula Extreme is Reiza’s V6 turbo-powered car that has been inspired by the technical rules of the current Formula One season. 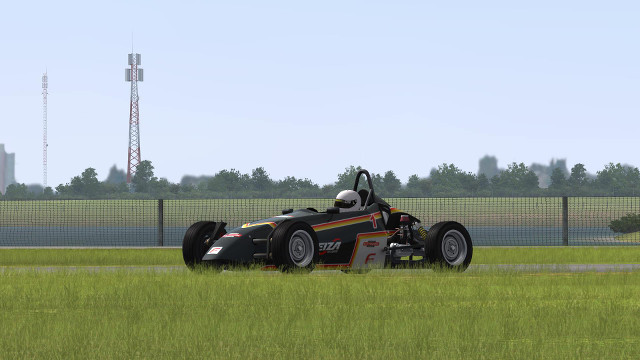 Formula Vee is a relatively low-cost ‘junior’ racing series with equivalents around the globe. Much like other feeder series, it might be thought of as a system to highlight driving ability. With costs and technological advances carefully controlled, the emphasis is very much on the driver. The little Vees are perfect for sim racing then!

Each of these problems and newly discovered bugs should have received fixes by the next update. The following patch is now known to be Version 1.21 and at this time, is planned to be released within a matter of days.

A range of update options are available for Game Stock Car Extreme. Starting from an installation of Version 1.15, they include downloading the Version 1.20 package or using Reiza’s GSC Sync to bring the software up-to-date. Visit the Downloads page for the full list of options.

Given Reiza Studios’ simulation strengths and support for its games, both Formula Truck 2013 and Game Stock Car Extreme should at least be sampled. Hosted on each site’s Downloads page, demos are available for each title. They give 60 minutes driving time, which is more than enough to appreciate the merits of these works!

Back to the Seventies – the Copersucar-Fittipaldi FD04

In addition to details of the ESL R1 esports series, we've also seen Spa and … END_OF_DOCUMENT_TOKEN_TO_BE_REPLACED

The format, team and prizes have been confirmed with the ESL R1 Rennsport sim … END_OF_DOCUMENT_TOKEN_TO_BE_REPLACED

There's a brand new Motorspass with 50 tiers of rewards, a country-wide illegal … END_OF_DOCUMENT_TOKEN_TO_BE_REPLACED