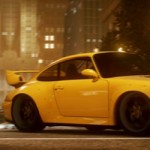 Alongside a 5- minute gameplay demo, various details on the forthcoming Need for Speed: The Run were revealed at the E3 games show, including some  references to the plot, and particularly some of the cars which will feature. So the third Need for Speed game in the space of 12 months will follow a character called Jack on an illicit coast-to-coast race from San … END_OF_DOCUMENT_TOKEN_TO_BE_REPLACED

Mobile racing fans will have a new location, karts and more to try out as the … END_OF_DOCUMENT_TOKEN_TO_BE_REPLACED