First of all, an apology. This review is late in comparison to a lot of other sites around and there are two main reasons for this: Firstly, we didn’t get a preview copy of the game, and second, it has taken a while to get used to. I didn’t want to rush out a review until I had the chance to play the game properly - I wanted to be able to say what it’s really like and to do … END_OF_DOCUMENT_TOKEN_TO_BE_REPLACED 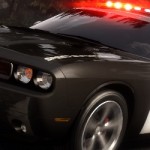 The Need for Speed: Hot Pursuit demo is now available to play, and we've been checking out what it's like, and what it shows for the final game, due out on November 16th (US) and November 19th (Europe) for the Xbox 360, PS3, Wii and PC. Initial impressions of the Hot Pursuit Demo: The first thing you'll notice is an effective intro which is loud, colourful and channels … END_OF_DOCUMENT_TOKEN_TO_BE_REPLACED