Codemasters has announced that F1 2011 will be a launch title when the Playstation Vita handheld is released on February 22nd, 2012. As with the existing versions for Xbox 360, PS3, PC and Nintendo 3DS, it will include all the official teams, drivers and circuits from the 2011 season, including the new track for the Indian Grand Prix. It’s a co-development between Codemasters Birmingham, and Sumo Digital, who also created the Nintendo 3DS version.

Currently a work in progress, you’ll be able to race in a full season, including practice and qualifying sessions. Alternatively, you can enter an individual GP, set times in Time Trial, or make use of the Challenge Mode which appears in the handheld versions for those on the move, with objectives such as checkpoint, gate and overtaking challenges.

As with the Nintendo version, multiplayer includes four player Grand Prix racing, head-to-head Time Trials, or team up in two-on-two co-operative career mode either online or via the Vita’s WLAN connection. And you can adjust the race distance, tune your car, select driver aids and set your tyre, fuel and weather options. Although the game doesn’t appear to be available to pre-order yet, the Wifi version of the Playstation Vita is currently available for £229.99, with the Wifi + 3G version costing £279.99. 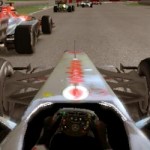 Being developed by Motorsport Games for the Nintendo Switch, the NASCAR Rivals … END_OF_DOCUMENT_TOKEN_TO_BE_REPLACED

Many racing games tend to follow a similar formula, so it's interesting to see … END_OF_DOCUMENT_TOKEN_TO_BE_REPLACED