Of course it doesn’t always have to be about cars around here! Sometimes we can talk bikes too!

Hello everyone, from the sometime ORD contributor and resident of the Upper Midwest in the good ole USA, it is I, GTDon. ORD is steeped in motorcycle experts truth be told, and is the first love of many a car enthusiast such as yours truly as well. No better time than now to share with you the most recent motorcycle related event in my home state of Minnesota, “The Minneapolis Motorcycle Show” or more formally, the “Progressive International Motorcycle Show.” Considered the largest show of its kind in North America, traveling to all the largest cities in the spring every year.

In years past this annual event has ebbed and flowed in scope and size depending on the economics of the times, but this year was no indication that times were tough as every major manufacturer was on hand, along with venders, exhibits, and new manufacturers . It was a packed house at the Minneapolis Auditorium this weekend with an estimated 30,000 attendee’s.

Absolutely one of the best shows seen in some time was the opinion of most. Although there were no ground breaking designs or technical leaps of fancy, the impression of the industry via this show was vibrant, and self-confident. This isn’t to say there wasn’t anything to get really excited about mind you. The new Kawasaki Ninja ZX14R probably took the lion’s share of attention, as the most powerful and quickest production bike on planet earth, again. The “ZERO” electric motorcycle brand also garnered its fair share of attention as a zero emissions vehicle capable of 125miles on one charge in a relatively light weight, fun, super motard-like package.

But rather than go on and on, with blah blah blah, about how great it was, how much you missed, how refreshing it was, and how many choices of fine machinery there was, just look at the pics.

In the mean time and until next time, enjoy the ride, and I promise to write more soon. 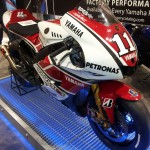 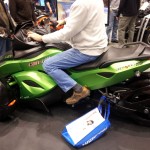 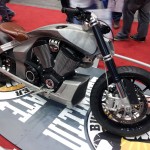 In addition to details of the ESL R1 esports series, we've also seen Spa and … END_OF_DOCUMENT_TOKEN_TO_BE_REPLACED

The format, team and prizes have been confirmed with the ESL R1 Rennsport sim … END_OF_DOCUMENT_TOKEN_TO_BE_REPLACED

There's a brand new Motorspass with 50 tiers of rewards, a country-wide illegal … END_OF_DOCUMENT_TOKEN_TO_BE_REPLACED