Codemasters has released F1 2013’s extra ‘Classic’ content as planned for all formats. The cars, drivers and tracks once included only in the Classic Edition of this year’s official F1 game are now available in two optional packs. On Steam, £6.49 buys either of the 1990s packs – the F1 Classics: 1990s Pack or the Classic Tracks Pack. 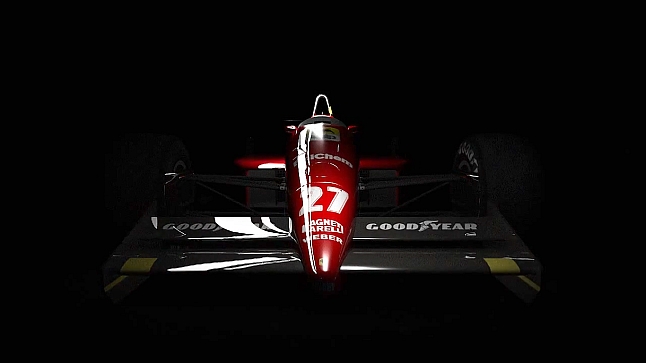 Away from my 1980s exuberance above, an impressive car collection unfolds with the 1990s expansion:

Successor to the dominant 14B, the 1993 FW15C takes its eerie pre-race workout…

Adding to the hyper-speed sensations of Brands Hatch and the long-missed Jerez of the standard content, Estoril and the ever-memorable Imola join the fray. All together, they’re high-speed, demanding and lacking acres of room if… sorry, when you get it wrong!

For anyone preferring an all-in-one purchase, the Classic Edition of F1 2013 is still available at a premium price in disc and digital forms and includes everything listed above. Standard Edition console owners need not feel left out either, as the extras are ready and waiting for both the PlayStation 3 and Xbox 360 versions at the same £6.49, $9.99 or €7.99 each.

A little bonus with this new content is that the modern 2013 cars can be run at the classic locations too. It’s often asked yet surprisingly little known even as F1 2013 is out there. The opportunity to mix it up shouldn’t be missed! New cars and old tracks makes for an amazing and unexpected feature to anyone that recognises how special those circuits are in comparison to some of today. Perhaps you simply miss them from the regular calendar? Same story! Grab a new car and GET OUT THERE!

In addition to details of the ESL R1 esports series, we've also seen Spa and … END_OF_DOCUMENT_TOKEN_TO_BE_REPLACED

The format, team and prizes have been confirmed with the ESL R1 Rennsport sim … END_OF_DOCUMENT_TOKEN_TO_BE_REPLACED

There's a brand new Motorspass with 50 tiers of rewards, a country-wide illegal … END_OF_DOCUMENT_TOKEN_TO_BE_REPLACED