Hot on the heels of its patch just ahead of Christmas, Gran Turismo 6 today receives a third update.

Now reaching Version 1.03, the list of changes for GT6 doesn’t show fixes but does portray new features that include a unique car and a full visual upgrade to a recent addition.

Toyota introduced its sporty concept car at the first Press Day of this year’s North American International Auto Show in Detroit – commonly to positive reaction from writers and readers alike. Barely a day after the unveiling, the FT-1 is now a resident of GT6. Toyota’s coupé can be bought through the GT6 dealership or will be awarded as a prize once a Bronze award or higher is achieved in the current Seasonal Event that has marked its arrival. As they say, for a limited time only! 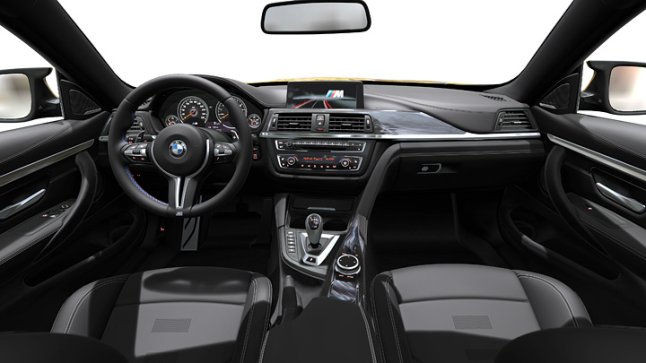 December brought a similar Polyphony Digital-car company collaboration when the BMW M4 Coupé was introduced to the world and GT6 with Update 1.02 on the 18th of the month. It only took to the real-world stand at the Detroit Auto Show yesterday! GT6’s incarnation of the M4 has now been upgraded with a ‘full’ interior and the model will receive an automatic update via the usual process. As with the Toyota FT-1, the M4 Coupé can be obtained by reaching at least a Bronze award in the current Seasonal Event.

Remember that seasonal events became more accessible with Update 1.02 and now only require players to have reached the level of a National B license rather than the previous National A. Less grind, more cars good! It’s also worth underlining that the limited-time events offer rich rewards, so be sure to take part in the competition before the end of the month if a few million extra credits hold appeal!

Here’s how the Gran Turismo site sets out the process that might create the reported glitch:

A further point of note

Updates noted. Next stop, meeting the FT-1 challenge at Laguna Seca. Well, perhaps after another look at Toyota’s concept line-up…

In addition to details of the ESL R1 esports series, we've also seen Spa and … END_OF_DOCUMENT_TOKEN_TO_BE_REPLACED

The format, team and prizes have been confirmed with the ESL R1 Rennsport sim … END_OF_DOCUMENT_TOKEN_TO_BE_REPLACED

There's a brand new Motorspass with 50 tiers of rewards, a country-wide illegal … END_OF_DOCUMENT_TOKEN_TO_BE_REPLACED