Already replete with some 11 machines from the 110 year-old manufacturing and racing giant that is Ford, Slightly Mad Studios contentedly announced a new arrival to Project CARS at the start of this week: the 2015 Mustang GT.

Magnetic in colour and in nature – Ford’s 2015 Mustang GT

The Mustang badge needs nothing in the way of an introduction to any car fan, so let’s stick to the 2015 model and how the final product will make one of its earliest appearances in Project CARS. With the 50th anniversary of Mustang passing this year, the 2015 design will hold true to the name heritage as it also adopts newly flowing and more purposeful lines, a widened and lowered body and much more under the hood. Three engine packages will start with Ford’s turbocharged, direct-injected 4-cylinder and 2.3-litre ‘EcoBoost’, which will be joined by a 3.7-litre V6 and top out with a 5-litre V8. LED lighting units at both the front and rear create an immediate highlight of the ‘new’ and in a first for the Mustang, paddle shifters are an option when configuring the six-speed gearbox. A traditional gear stick will still be offered to those that prefer something more tactile! 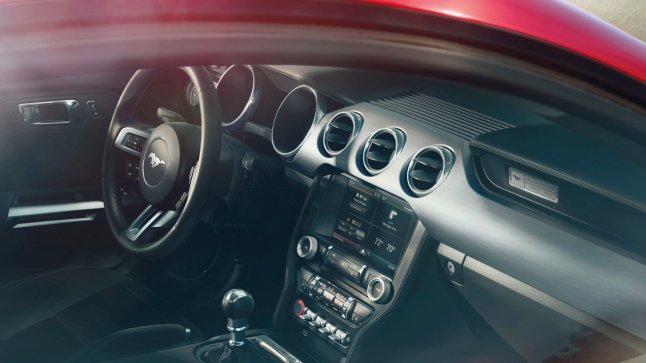 Say no more?! Well sim racers or not, we do all want to get behind that particular wheel –  right?

The lucky members already involved with the project will of course gain early access to the new car. As Slightly Mad’s own update points out, they’ll also be able to follow developments and participate in the testing between the WMD Portal forum and the ever-arriving builds of Project CARS.

Even months away from its late 2014 release, the car is already a Hollywood star and as it has in me, the news of the Mustang GT in Project CARS has met with an initial good reception on the WMD Portal forum.

Project CARS will start rolling out on the PC (Windows and SteamOS), Wii U, PlayStation 4 and Xbox One in the final quarter of 2014.

There's another option for you to choose when hauling loads across the USA, as … END_OF_DOCUMENT_TOKEN_TO_BE_REPLACED

In addition to details of the ESL R1 esports series, we've also seen Spa and … END_OF_DOCUMENT_TOKEN_TO_BE_REPLACED

The format, team and prizes have been confirmed with the ESL R1 Rennsport sim … END_OF_DOCUMENT_TOKEN_TO_BE_REPLACED