One of our fave cars of the moment in sims appears here in R3E in the guise of BMW’s Z4 GT3. It will no doubt be sampled again before the competition moves to Nürburgring on the 11th of August!  There’s just a draw to the nature of the car and that sound… 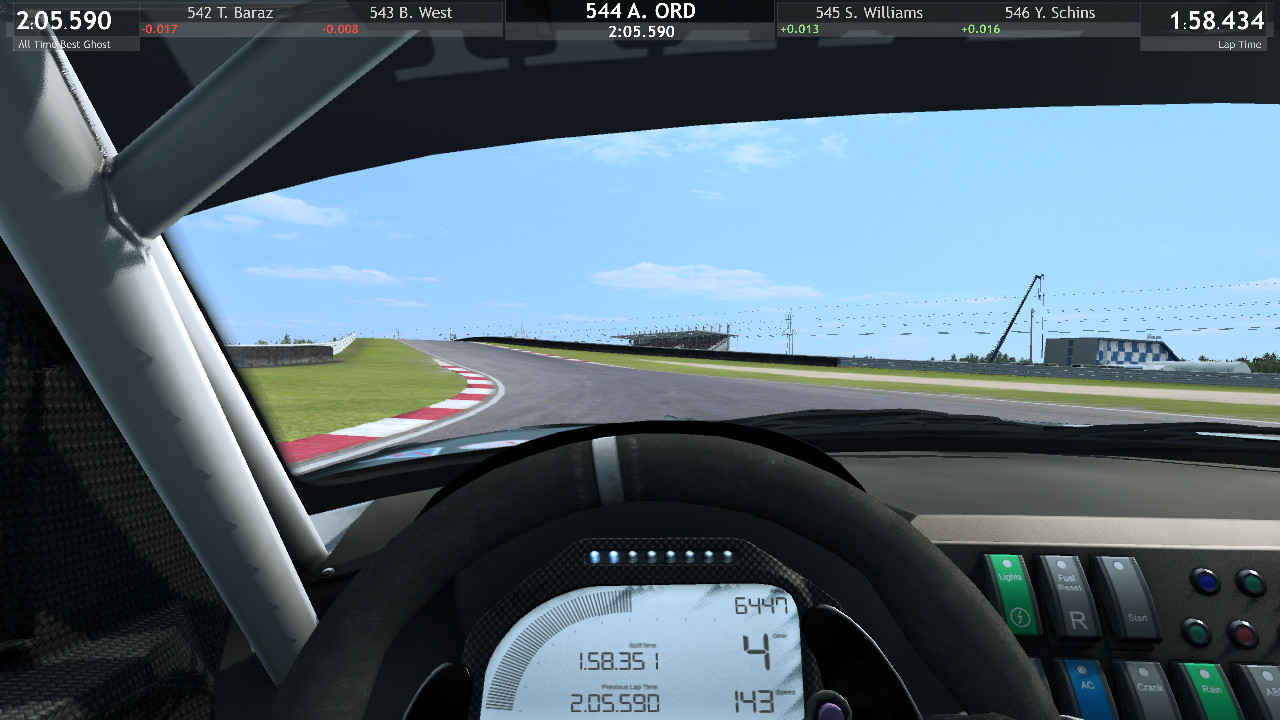 The Track and Car

This initially nondescript course rapidly moved on from being devoid of visual interest to a place where a rhythm was found as the few turns and harder braking zones found their way into the driving consciousness. That’s where the fun began!

Game rewards are there for the taking by anyone quick enough to break into the top 100 lap times. Maintaining its free-to-play nature, this Slovakia Ring competition is open to the entire RaceRoom membership. Any machine from the 2013 GT Masters season can be used too, so there’s a fair spread of racing marques.  With that in mind, as the competition is running until August, this is an ideal opportunity to sample the different handling characteristics and audio of a wider range of cars.

Ford, Mercedes Benz, Nissan, Chevrolet (Camaro and Corvette), BMW, Audi – whether you want a car entirely European in feel or something that began life on another continent, there’s surely something to appeal in this series.

In addition to details of the ESL R1 esports series, we've also seen Spa and … END_OF_DOCUMENT_TOKEN_TO_BE_REPLACED

The format, team and prizes have been confirmed with the ESL R1 Rennsport sim … END_OF_DOCUMENT_TOKEN_TO_BE_REPLACED

There's a brand new Motorspass with 50 tiers of rewards, a country-wide illegal … END_OF_DOCUMENT_TOKEN_TO_BE_REPLACED