With Simraceway moving McLaren’s MP4/4 Formula One car of 1988 to its open-to-all Events section, it just had to be taken for a run at Donington Park!

The men, the machine…

Moving away from memories of Senna’s 1993 speed and race-winning tactical decisions for the European Grand Prix, 1988 saw Ayrton arrive at McLaren after driving for Lotus.  He joined the then double world champion and fans truly started to witness one of the most exhilarating and competitive rivalries the sport has known. 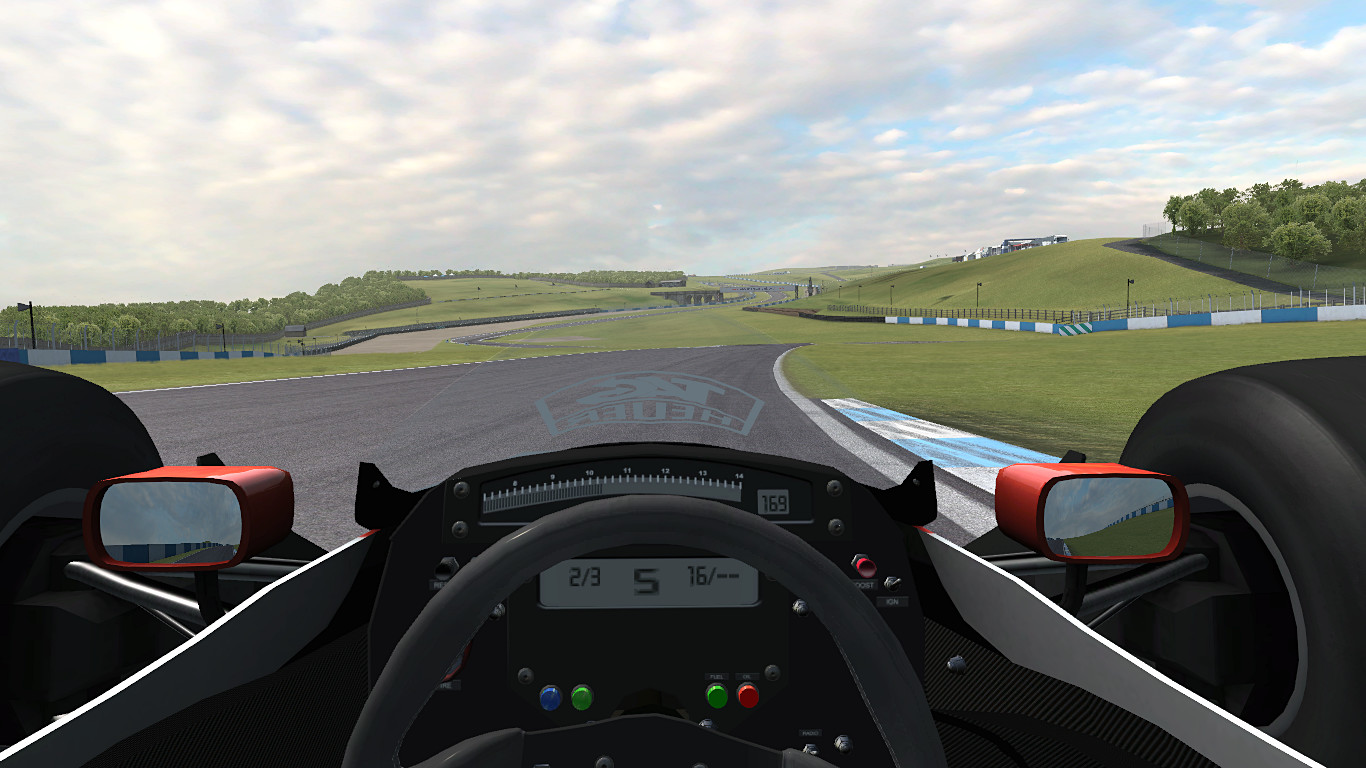 Thanks to an incredible engineering package and two immensely talented pilots at the wheel, the McLaren MP4/4 found itself basically unrivalled.  Beyond the sole exception of the Italian Grand Prix at Monza that was won by Gerhard Berger (Senna and Prost were first and second to Berger’s third place in Qualifying), one or other of the drivers would win each race – the same-team rival usually reaching the second place on the podium!

Senna would win the championship in 1988, his first of three. As the Brazilian remained alongside Prost at McLaren in the following year, despite a series of retirements, the immense competition between the team-mates would continue in 1989. That year, however, it was Prost that would once again become World Champion before his departure for Ferrari in 1990.

Navigate to Simraceway to create a membership and begin downloading the software. Paid premium cars are available, though it is also possible to compete in events and sample new car and track combinations as a pure free-to-play gamer.

In addition to details of the ESL R1 esports series, we've also seen Spa and … END_OF_DOCUMENT_TOKEN_TO_BE_REPLACED

The format, team and prizes have been confirmed with the ESL R1 Rennsport sim … END_OF_DOCUMENT_TOKEN_TO_BE_REPLACED

There's a brand new Motorspass with 50 tiers of rewards, a country-wide illegal … END_OF_DOCUMENT_TOKEN_TO_BE_REPLACED