iRacing is sponsoring round 5 of the Blancpain Endurance Season, the Nurburgring 1000, which takes place on September 19-21, 2014.

The race will feature the world’s top GT cars and teams. Meanwhile fans will be able to sample iRacing throughout the weekend at the SimRacingExpo 2014, which is held in the exposition centre adjacent to the circuit. So you’ll be able to take a break from watching the real BMW z4 GT3s and McLaren MP4-12Cs hurtle around the Nurburgring to try them virtually for yourself. 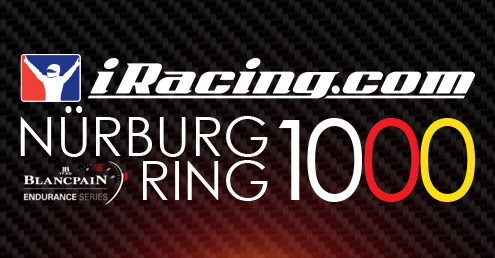 And in celebration, you can get a free 3-month subscription if you’re a new member to iRacing and visit www.iracing.com.

In addition to details of the ESL R1 esports series, we've also seen Spa and … END_OF_DOCUMENT_TOKEN_TO_BE_REPLACED

The format, team and prizes have been confirmed with the ESL R1 Rennsport sim … END_OF_DOCUMENT_TOKEN_TO_BE_REPLACED

There's a brand new Motorspass with 50 tiers of rewards, a country-wide illegal … END_OF_DOCUMENT_TOKEN_TO_BE_REPLACED