There’s normally a lot of rivalry between team-mates in motor sport. And yet co-operation will be key when Team Sonic Racing arrives for the Xbox One, PlayStation 4, Nintendo Switch and PC in Winter, 2018. To illustrate the possibilities, there’s a new Team Sonic Racing Multiplayer Team Moves video to watch. So you can see some of the ways to help your team, and yourself, to win the races. 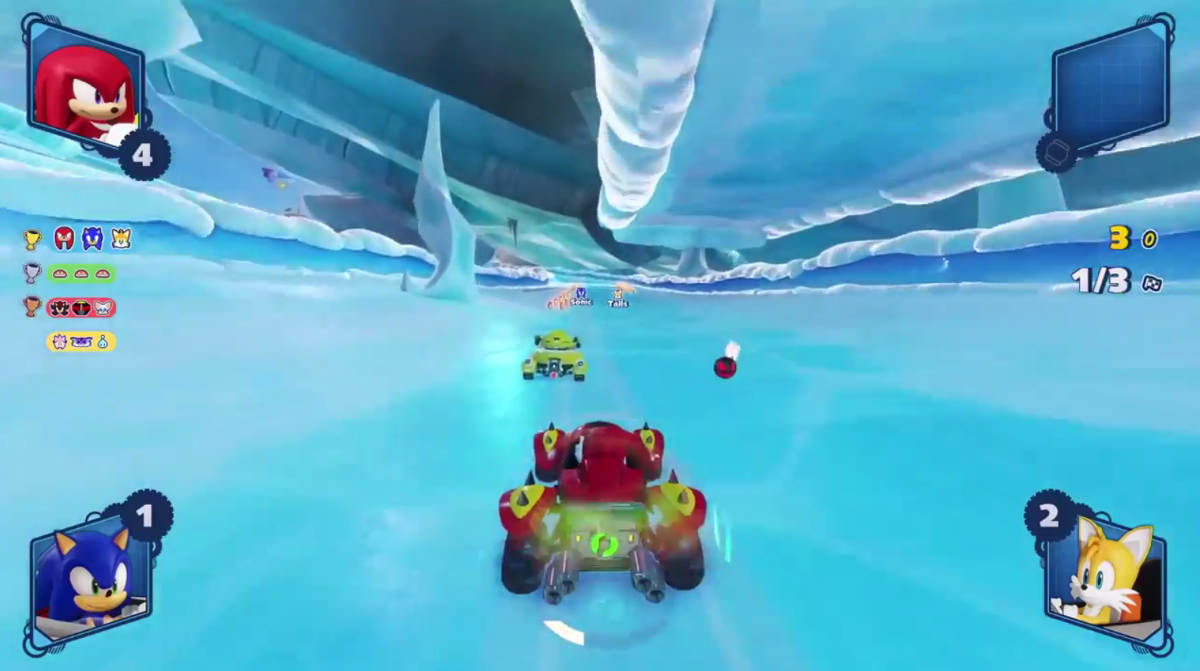 The collection of team boosting manoeuvres in the Team Sonic Racing Multiplayer Team Moves video are:

Team Sonic Racing will have a roster of 15 characters in the kart racing style game. Developers Sumo Digital previously developed Sonic & Sega All-Stars Racing, and Sonic & All-Stars Racing Transformed. And also contributed to the Forza series. So the handling should be OK.

Apparently Team Sonic Racing is being created with a modified version of the in-house game engine used for the previous Sega games. Each race will consist of 12 competitors, split into four teams. Each trio will need to work together, and receive points based on their co-operation, meaning that the best, most effective team will take victory.

Game modes will include grand prix, time attack, exhibition, and a Team Adventure story mode. Multiplayer will include four players locally, and up to 12 online.

Being developed by Motorsport Games for the Nintendo Switch, the NASCAR Rivals … END_OF_DOCUMENT_TOKEN_TO_BE_REPLACED

Many racing games tend to follow a similar formula, so it's interesting to see … END_OF_DOCUMENT_TOKEN_TO_BE_REPLACED