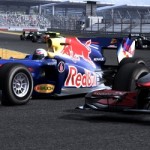 After weeks of putting up with tirades of semi-disgruntled customers on their forum, Codemasters have released a patch for F1 2010. As we reported, there were some genuine problems that needed fixing, and it indeed looks like they have fixed them. So what has now improved in version 1.1 of the game? (The Xbox patch is not available at the moment - it should be online on Monday … END_OF_DOCUMENT_TOKEN_TO_BE_REPLACED 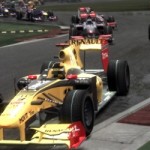 F1 2010 has been on general sale for a couple of weeks and has received generally rave reviews. The chart-topping game scored 86/100 on Metacritic. Official PlayStation magazine gave it 90/100. IGN gave it 85 and said it was “Easily the best Grand Prix game since Geoff Crammond was on the beat”, and your very own Online Race Driver scored it 4.5/5. But wait – what was that? The … END_OF_DOCUMENT_TOKEN_TO_BE_REPLACED 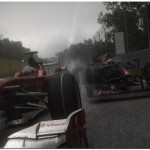 September 24th 2010. Get that date in your diaries – for it’s the release date of what looks set to be the greatest Formula One game of all time. Five developer videos have been released to whet our appetites, and after watching them I’m bloody hungry. Each will wet your pants for different reasons: the first is a general introduction, the second explains the handling physics, … END_OF_DOCUMENT_TOKEN_TO_BE_REPLACED 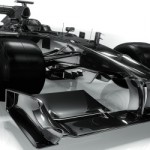 Hey everyone - great news! Codemasters’ F1 2010 has a release date! Bad news! It’s scheduled for exactly the same day at Gran Turismo 5. I may have to take a week off on September 24th. Or two weeks. Or just give up my job, especially if my long-standing virtual racing dream is realised… and it just might be. I fear you sense the inevitable explanation of what this dream is … END_OF_DOCUMENT_TOKEN_TO_BE_REPLACED

Mobile racing fans will have a new location, karts and more to try out as the … END_OF_DOCUMENT_TOKEN_TO_BE_REPLACED