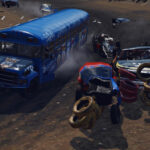 The demolition racing classic from Bugbear Entertainment can now be played on your tablet or smartphone, as Wreckfest Mobile launches for iOS and Android. HandyGames are responsible for developing the mobile version, and it's a fairly good representation of everything you'd find in the PC edition, rather than scaled down for the smaller devices. And they've resisted the … END_OF_DOCUMENT_TOKEN_TO_BE_REPLACED 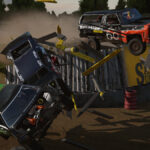 Four years after originally appearing for the PC, there's now a Wreckfest mobile announced for release in Autumn 2022, for both Apple and Android devices. And the mix of racing and crashing could be a lot of fun in a portable format. Originally developed by Bugbear Entertainment, the game has slowly appeared on an increasing number of platforms, arriving on PS4 and Xbox One … END_OF_DOCUMENT_TOKEN_TO_BE_REPLACED