The Community Choice Classics Pack will be available to download as an add-on to Forza Motorsport 3 on Tuesday, December 14th, 2010, at a cost of 400 Microsoft Points.

The pack was selected by Forza fans at motoring blog Jalopnik and features 10 classic cars from an original voting list of more than 100. The eventual selection runs from 1957 to 1990:

Obviously the DeLorean should ring a few bells, but before you assume the ’57 Ferrari also has a film tie-in, you should probably know that Ferris Bueller’s Day Off featured a 1961 Ferrari 250 GT California. And it was only used for interior shots, with replicas built by Mark Goyette used for all the action, etc. The real Ferrari is one of the most expensive cars to be sold at auction, going for $10,976,000 is 2008, whereas the most recent replica sale raised £79,600. 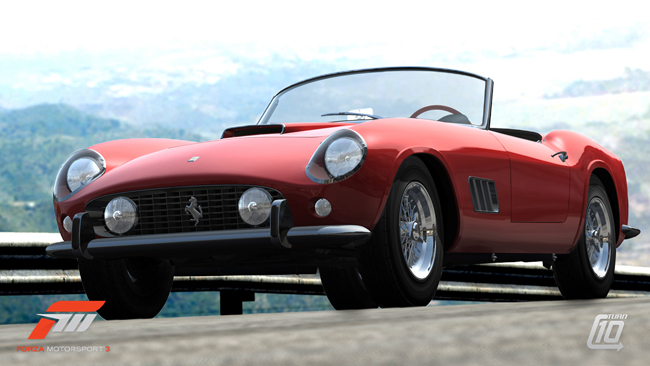 With regards to the 1957 model, it’s actually the original version, which was replaced in 1960 with the version used in the Bueller film, and only 45 of the originals were ever made. So 400 MS points to drive the Ferrari alone seems like a bit of a bargain – although there’s no word on how much it will cost in the game itself.

Many racing games tend to follow a similar formula, so it's interesting to see … END_OF_DOCUMENT_TOKEN_TO_BE_REPLACED

After a delayed launch for the PC, Xbox and PlayStation platforms, the … END_OF_DOCUMENT_TOKEN_TO_BE_REPLACED