A mere six weeks after its arrival on the Steam Store shelves, Kunos Simulazioni’s new signature piece, Assetto Corsa, has found the good fortune of a two-day promotion within Steam’s Holiday Sale 2013.

The unexpected price drop so close to the 8th of November release day has created a lively reaction to be expected of the community, with some in support of Kunos for grasping the opportunity of such a high-profile placement and others feeling frustrated and hard done by at the price drop. A rare few have even demanded free content as ‘compensation’!

There are forum reports that I’ve been unable to confirm yet that Kunos responded to the criticism in a Facebook post with:

Especially after Kunos’ original statement regarding pricing (see below), I do also have some understanding of the reasons for the negative reaction. 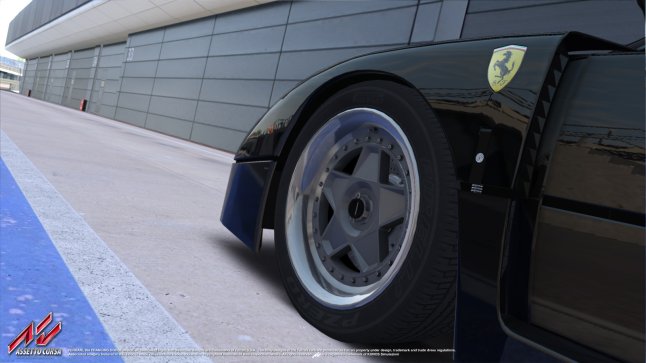 As the company originally expressed it:

There will be no offers and discounts until some time after the v1.0 gets out.

That does make the situation somewhat unpalatable at first glance. There’s no getting away from it. However, I also see that no matter when Assetto Corsa was purchased – and it was as recently as a few hours before the offer for some – AC was considered worthy of the price at that time. More than that, such a high-profile spot for a company as small as Kunos is known to be could be worth an appreciable amount in terms of the company’s well-being and sim production. This isn’t a giant multi-national organisation and it can’t be expected that there will be all-territories, multi-million dollar marketing campaigns run on behalf of the Italian sim producer. Given such an invitation, what would you do? Kunos picked the option that other small producers have followed – the one that helped to secure its interests and future. Taking this point to its conclusion, it has to be recognised that every opportunity for Assetto Corsa to be in the spotlight is one to be grabbed with both hands. That is true both for Kunos Simulazioni and for us as racing simulation fans, all together as a fragile niche in the vast prospecting lands of the console big-hitters and their millions of sales.

From rough to smooth.

On the flip side of the occasional histrionics, the reduced price of Assetto Corsa appears to have been enough to turn ponderers into buyers. It’s precisely what one would hope for and the pleasant side of the sim scene rises along with comments that a purchase was without question at this price, with a return of now-old Assetto hands reaffirming that they would pay much more for the driving pleasure that they’ve had over the course of the last few weeks.  Well done, Kunos!

Beyond the negative feelings of a relative few, nothing has been lost by anyone on the customer side. The same content will be provided to all ‘Early Access’ buyers, the simulation has held its promise since the early November introduction and the production team has kept to the announced goal of fortnightly updates. A patch was even created on the night of Assetto Corsa’s release. Try getting that sort of response and support from one of the big companies!

With four versions of Assetto Corsa now released, the title has seen a regular flow of fresh content and features. In addition to software fixes, tracks, cars, achievements and game modes have all been enabled along the way to reaching today’s Version 0.4 build. Even as the staff worked on the many additions to the framework now seen, it has demonstrated further advances – notably with shader programming that brings further refinement to the already attractive look of AC and its cars. Kunos is additionally working with and responding to the community through surveys and player feedback via both dedicated racing sites, its own forums and the social networks.

As for the new year…

To close on a cruel teaser (for us all!), Kunos also posted the following update on its Facebook page on Thursday night:

Here’s Steam’s Assetto Corsa page for some of that buyin’. The price springs back to its Early Access default at 6PM UK time on Saturday (21st December).

There's another option for you to choose when hauling loads across the USA, as … END_OF_DOCUMENT_TOKEN_TO_BE_REPLACED

In addition to details of the ESL R1 esports series, we've also seen Spa and … END_OF_DOCUMENT_TOKEN_TO_BE_REPLACED

The format, team and prizes have been confirmed with the ESL R1 Rennsport sim … END_OF_DOCUMENT_TOKEN_TO_BE_REPLACED