Watkins Glen has been added to Auto Club Revolution, the free-to-play racer from Eutechnyx. Initially one of three layouts is available to drivers, with the Short Route able to be driven straight away. Two more routes will be unlocked via the ‘Race to Release’ challenge. 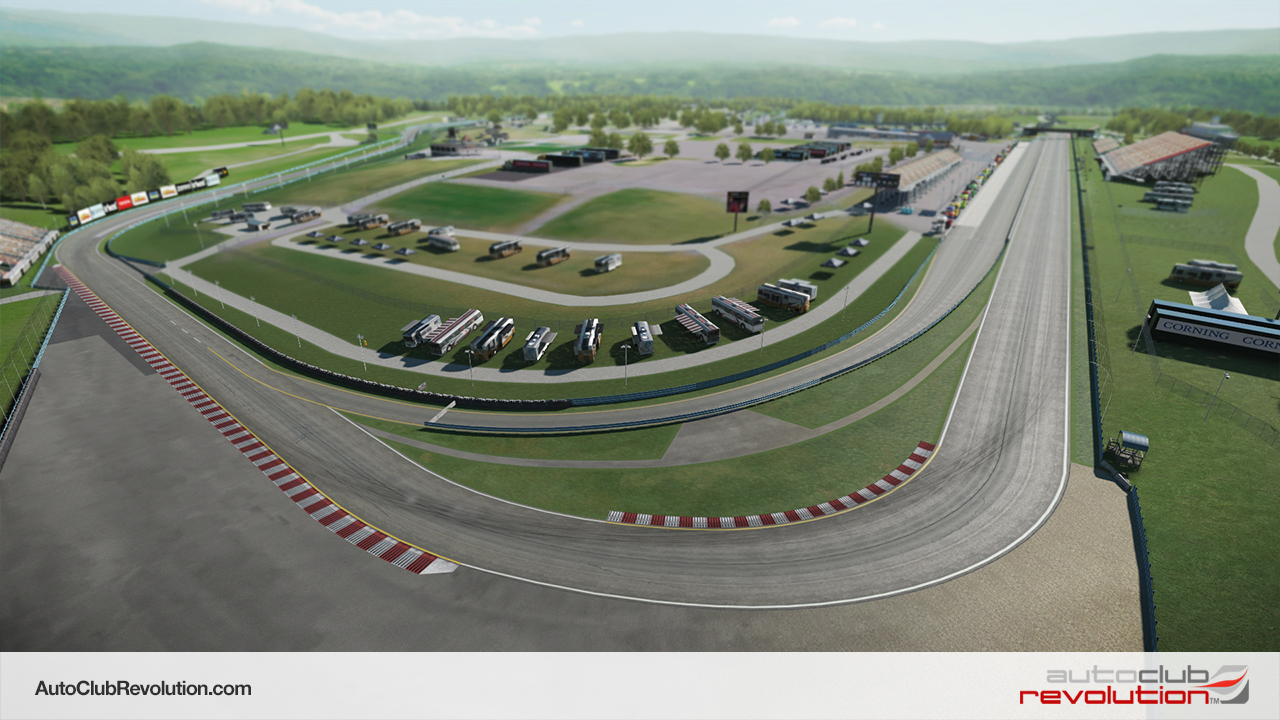 When the Auto Club Revolution community reach 100,000 miles of racing on the short track, the Watkins Glen Boot and Watkins Glen Classic Boot will both be unlocked. That means 3 layouts for the New York track which was originally opened in 1948, hosting everything including F1, NASCAR and Indycar.

When the ACR community reaches 100,000 miles at Watkins Glen, two more layouts will be unlocked

Recreating the track took 12 weeks using a large amount of reference pictures, telemetry data and videos to ensure everything is correct, including camber heights and the width and layout of the curbs. After adding stands for the crowds, and even portable toilets, videos of the finished circuit were then sent to Watkins Glen track officials for approval.

In addition to details of the ESL R1 esports series, we've also seen Spa and … END_OF_DOCUMENT_TOKEN_TO_BE_REPLACED

The format, team and prizes have been confirmed with the ESL R1 Rennsport sim … END_OF_DOCUMENT_TOKEN_TO_BE_REPLACED

There's a brand new Motorspass with 50 tiers of rewards, a country-wide illegal … END_OF_DOCUMENT_TOKEN_TO_BE_REPLACED