Turn 10 has just released a trailer as part of the announcement for its forthcoming Smoking Tire Car Pack. Following the usual template, ten cars will feature in this collection, with the bundle set for a February 4th release.

Quickly in the tracks of the LaFerrari content and January’s IGN car pack, Turn 10 Studios is maintaining its monthly release programme with what is already the third DLC addition to arrive since Forza 5’s November release. The imminent Smoking Tire Car Pack arranges a cross-continent mix of road and track vehicles with a slight bias towards Europe that nonetheless also manages to bring some Japanese and American flavour to the table. 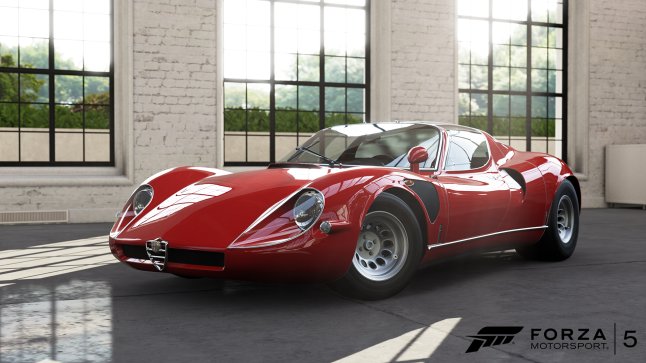 Here’s the full line-up of rubber-burners:

For anyone that’s not yet checked out the picks for the previous DLC, the LaFerrari option offers much more than the name suggests. The titular Maranello hybrid sports car with the name that I still haven’t grown used to is a mere headliner. There’s much, much more!

Looking back again, the star of these – ahem! – reasonably priced car… packs for me is January’s IGN Car Pack. A quick look at the list creates a feeling of ‘something for everyone’ as the assortment of recognisable names covers a wide range of car types and driving styles.

From classic and modern tourers through to homologated machines that won rallies and inspired many a boy-racer back in the Seventies and Eighties, there’s everything to like here, each car in the troupe building on the pack’s appeal.

Prices and a modest discount…

Are you aware that you’re the ‘Gotta have ’em all!’ gamer that wants to make a saving as you buy? How about opting for the Forza Motorsport 5 Car Pass? Turn 10 advises that it makes for an 18 percent discount compared to buying the car packs one-by-one. It’s available on Xbox Live for £40.00, €49.99 and $49.99 (USD) and will give access to the first six add-on packs for Forza 5. Though the standard price of the Car Pass for UK buyers is £40, it is also available from Game at a discounted £38.80 when bought as an on-line code.

Looking beyond the Smoking Tire Car Pack arrival, there’s not yet a word from Turn 10 on the inclusion of extra tracks wanted so much by the more established members of the Forza community. However, thanks to the sort of expansion that’s demonstrated every month with the cars and in FM5’s predecessor, we ORD Forza fans still hope to see a return of the series’ own classic courses alongside a steady supply of legendary and even mostly forgotten or less-familiar real-world circuits. Maple Valley and Fujimi Kaido, anyone? Mosport and Adelaide? So many possibilities…

And you can check out the full Forza Motorsport 5 car list, right here.

In addition to details of the ESL R1 esports series, we've also seen Spa and … END_OF_DOCUMENT_TOKEN_TO_BE_REPLACED

The format, team and prizes have been confirmed with the ESL R1 Rennsport sim … END_OF_DOCUMENT_TOKEN_TO_BE_REPLACED

There's a brand new Motorspass with 50 tiers of rewards, a country-wide illegal … END_OF_DOCUMENT_TOKEN_TO_BE_REPLACED