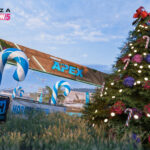 Playground Games have tweaked things in the run up to Christmas with a Forza Horizon 5 December 14th 2021 Hotfix released and available to download. The latest in the series launched on November 9th, and most recently received a Series 2 update earlier in the month. It's a fairly small list of changes in the release note, but the fixes cover some important stability issues, … END_OF_DOCUMENT_TOKEN_TO_BE_REPLACED 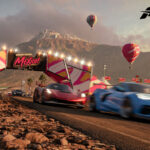 The Horizon franchise will be heading to Mexico, with Forza Horizon 5 unveiled for November 9, 2021 on Xbox One, Xbox Series S|X and PC. And also Android phones and tablets via Xbox Cloud Gaming. The latest in the series from Playground Games was featured in the Microsoft and Bethesda showcase at E3 2021, with both an official trailer and gameplay video shared. As always, … END_OF_DOCUMENT_TOKEN_TO_BE_REPLACED

Forza Horizon 5 was released on November 9th, 2021. And you can check out all the vehicles you'll be able to enjoy with our full Forza Horizon 5 car list. We'll be keeping the roster constantly updated with the latest additions as we get closer to the arrival of the latest in the Horizon series from Playground Games. That includes all official announcements, and any … END_OF_DOCUMENT_TOKEN_TO_BE_REPLACED

Mobile racing fans will have a new location, karts and more to try out as the … END_OF_DOCUMENT_TOKEN_TO_BE_REPLACED