It hasn't been long since Black Delta announced multiplayer access would be rolling out to increasingly numbers of racers, but they've also been working on other improvements with two new KartKraft Builds available now. The first was a fairly sizeable release including a new force Feedback algorithm, and a number of fixes for various issues. Including the rather worrying … END_OF_DOCUMENT_TOKEN_TO_BE_REPLACED

Automobilista 2 has been available on Steam Early Access since March 31st, 2020, and we've already seen several updates and hotfixes released. So it's a good time for Reiza Studios to share an Automobilista 2 early access dev roadmap update. It includes the news that you can expect an update every week until the end of Early Access. And this might run for an extra two weeks, … END_OF_DOCUMENT_TOKEN_TO_BE_REPLACED

Sadly I haven't tried Street Kart Racing, as it's claimed to be the most realistic and competitive racing title on mobile. But as Street Kart Racing launch a Dave Sera competition, it could be worth checking out. Sera is Australia's most successful karter, having claimed a total of 18 Australian championships and 56 State championships in his career. He now focuses on … END_OF_DOCUMENT_TOKEN_TO_BE_REPLACED

The latest KartKraft update includes North Texas Karters track as a welcome new venue in the kart racing title from Black Delta. We last saw an update to the game back in October 2019, as the AI competitors were raised to a maximum of 16 opponents. But this is the first new circuit to be added to KartKraft since Atlanta Motorsports Park appeared back in June. The North … END_OF_DOCUMENT_TOKEN_TO_BE_REPLACED

Specific kart racing simulators are a bit of a niche within the racing and driving game world. But that doesn't mean you don't have some solid choices, especially with Kart Racing Pro release 9 out now. It's the second title update of 2019, with release 8 coming out back in April. Which is fairly impressive considering the developer team behind it is largely a solo effort by … END_OF_DOCUMENT_TOKEN_TO_BE_REPLACED 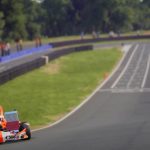 The KartKraft karting simulator is currently available for PC via Steam Early Access. Developed by Black Delta, it's a good looking game with VR support, which is a good thing for the frantic action that close to the ground. And now there's a new track with Atlanta Motorsports Park coming to KartKraft. If you're not familiar with the circuit, it was actually designed by F1 … END_OF_DOCUMENT_TOKEN_TO_BE_REPLACED

Coffin Dodgers is a comedy kart racer which is now out on the PlayStation 4 and will be launched on Xbox One on Friday, May 6th. The game lets you pick one of seven retirement village residents, each with a pimped-out mobility scooter and various homemade weapons and gadgets. The game involves mobility-scooter based combat as the OAPs try to avoid being taken by the Grim … END_OF_DOCUMENT_TOKEN_TO_BE_REPLACED

Black Delta has started sign-ups for its KartKraft closed beta run. Formerly known as KartSim, KartKraft made an early appearance at last summer's Gamescom. A late 2015 to early 2016 release window recently shifted to a definitive June 4th, 2016. The closed beta news states that this delay will now give the developers time to comprehensively test the game ahead … END_OF_DOCUMENT_TOKEN_TO_BE_REPLACED

This could be one of the more interesting racing games of 2012 as the customisable world of Little Big Planet comes to racing with Little Big Planet Karting announced for the PlayStation 3. If you're not familiar with the franchise, it's a platformer starring characters Sackboy and Sackgirl and became hugely popular for the wealth of creation tools for user designed levels. … END_OF_DOCUMENT_TOKEN_TO_BE_REPLACED

Live for Speed might have been around since 2002, but work has never stopped … END_OF_DOCUMENT_TOKEN_TO_BE_REPLACED